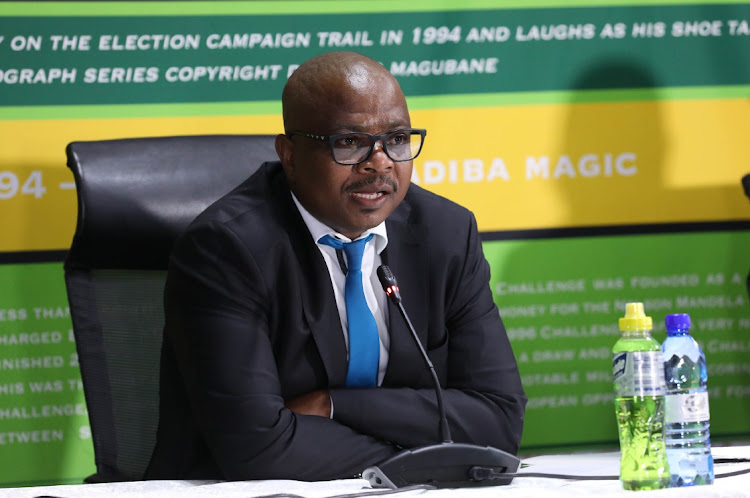 The SA Football Association (Safa) has apparently been caught out having put its eggs in the basket of securing Carlos Queiroz as its next Bafana Bafana head coach‚ and the Portuguese declining has left the association scrambling for a suitable next option.

Queiroz is believed to have been the top option on a shortlist of five candidates presented by Safa's technical committee to a meeting of the national executive committee (NEC) on Saturday.

Safa had stated on its official Twitter page that it would make the announcement on Saturday. However, late on Friday night, Safa put out a statement that the announcement had been delayed due to international “Covid-19 travel issues” for the preferred candidate.

TimesLIVE is reliably informed that four of the five names on the shortlist were Queiroz‚ Pitso Mosimane‚ Gavin Hunt and Benni McCarthy. The fifth name was either Herve Renard or Hugo Broos.

Kaizer Chiefs coach Gavin Hunt has admitted that he is puzzled by his charges' tendency to raise their game against more illustrious rivals and then ...
Sport
1 year ago

Queiroz being out of a job‚ and having had a relationship with Safa having worked as Bafana coach in 2001 and 2002‚ was tipped as the best candidate. Safa president Danny Jordaan is widely believed to be an admirer of the former Real Madrid and Portugal manager for his head coaching ability and a proposed technical plan the Portuguese left at Safa in his first stint with Bafana‚ on which many of the association's subsequent development proposals were based.

However‚ reports are that Queiroz has declined Safa's offer to replace Molefi Ntseki‚ who the association announced was released from his contract on March 31 after the national team's failure to qualify for the 2021 Africa Cup of Nations.

This has apparently left Safa scrambling for a viable alternative under tremendous time pressure‚ given Bafana's 2022 World Cup qualifying group stage begins with the away match against Zimbabwe on the weekend of June 5 to 6.

Of the other names on the five-man shortlist‚ three - Hunt at Kaizer Chiefs‚ Mosimane at Egyptian giants Al Ahly‚ and McCarthy at AmaZulu - are currently employed.

AmaZulu boss Sandile Zungu has issued a strong statement to the SA Football Association and said his mentor Benni McCarthy is not available to coach ...
Sport
1 year ago

AmaZulu chairperson Sandile Zungu has indicated McCarthy is not available to be poached by Safa‚ and sources close to Mosimane have indicated that his position stated in 2017 of being completely uninterested in a return to Bafana has not changed. Hunt is in his first season at Chiefs‚ and in a rebuilding process.

Renard is also employed‚ and apparently generously remunerated‚ as coach of Saudi Arabia. That would leave Broos‚ if he was the fifth name on the shortlist‚ and who is believed to be interested in the job.

However that would mean entrusting the job to someone unfamiliar with SA football. And while Broos has an impressive CV‚ including winning league titles in native Belgium and the 2017 Africa Cup of Nations with Cameroon‚ unknown quantity European coaches have not always gelled with Bafana players temperamentally with great success.

Safa may consider offering a short-term contract to a coach for the duration of the Qatar World Cup qualifiers‚ which end in October. Or they may ask the technical committee to find other options‚ such as ex-Cape Town City and SuperSport United coach Eric Tinkler.

Pitso Mosimane suffered his first defeat in Egypt as coach of Al Ahly as a result of freakish strike in the dying seconds that handed Smouha a 2-1 ...
Sport
1 year ago

Alternately‚ perennially cash-strapped Safa might have to pay a potentially significant sum to secure the release of Hunt or McCarthy from their club contracts‚ assuming they can be convinced to take the job.

With the clock ticking‚ though‚ the association will have to act swiftly.

Asked to confirm the four names on the shortlist‚ and if this has left Safa scrambling in its search for a new coach‚ association CEO Tebogo Motlanthe and communications head Dominic Chimhavi said they could not comment.