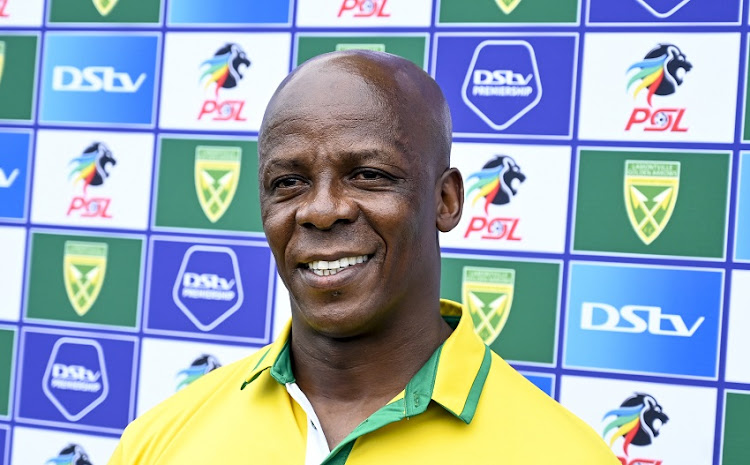 Both sides are in their best form at this late stage of the season‚ with Usuthu occupying second spot in the DStv Premiership after a 15-match unbeaten run and Arrows a spot below after going nine matches unbeaten.

Ncikazi believes Benni McCarthy’s team‚ who Arrows beat 2-0 in the first round in January‚ has had better recent form. The Arrows coach, though, says a positive for his side is that they have not lost against a team in the top half this season.

“It’s good that these teams are this competitive. We’re known for being the hub of football in KZN and for a change the hub is not producing for other teams. The hub is producing for its own teams.

Mamelodi Sundowns’ grip on top spot of the DStv Premiership has been loosened following their 0-0 draw with determined and enterprising Golden Arrows ...
Sport
1 year ago

“AmaZulu are favourites‚ that’s a given. Their log position says they’re favourites. Secondly‚ the number of matches they haven’t lost is more than us.

“We’re only nine games unbeaten‚ and they’ve won more games. Benni has been the [PSL] Coach of the Month and I have never been. That proves that maybe we are on form but AmaZulu are in better form than us.

“We are just relying on that we’re playing at home‚ the history of how we played before and trying stick to what works for us.

“But as favourites‚ honestly so‚ AmaZulu are favourites. I always prefer to play as underdogs and I always say that in our team.

“Look at the teams we lost matches against. We lost against Black Leopards‚ who are bottom of the log currently‚ and we lost against Cape Town City.

“We’ve never lost against the top eight‚ top six or top five [this season]. I’m just hoping that history is repeated and it doesn’t happen again. But I know that we’re playing against a team that’s very tough.

“We’ll try to compete and do our best‚ and hopefully Arrows will win the match.”

Ncikazi lamented that Arrows meet Usuthu without the fans in the stands in a Durban derby that will attract unprecedented attention nationwide.

“Playing without spectators‚ I would have loved them to be here [during the course of the season] if I look at the growth of our team‚” the coach said.

“Maybe their absence has helped in a way; maybe the pressure would have been too much.

Mamelodi Sundowns are in a position of having banked points for most of the season‚ so if things get tough at the death end they will have an ...
Sport
1 year ago

“Even with the officials‚ sometimes the influence of the spectators and the decisions they make doesn’t favour the so-called small teams. Maybe we have benefited in the process.

“But fairly so‚ football is an entertainment business and sponsors would loved to see numbers in the stadium as a return on investment. I’m hoping that soon there will be spectators.

“But on Saturday‚ I wish, like Benni said‚ that football wins. It should be a good spectacle‚ a good derby where football will be the winner.”

SAZI HADEBE | All strength to Usuthu and Arrows, may their opportunities be golden