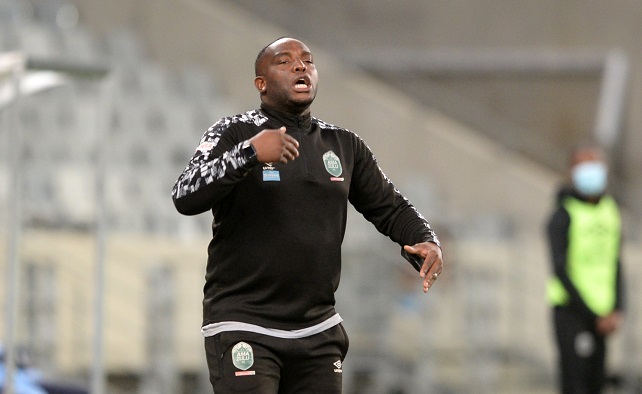 Benni McCarthy insists AmaZulu are not counting their chickens before they hatch as far as their challenge for the DStv Premiership title goes.

Under the guidance of former Bafana Bafana striker McCarthy, who is now heavily linked with the vacant national team coaching job, Usuthu are having their best season ever in the Premier Soccer League era.

The Durban club, who won their only league title in the National Professional Soccer League (NPSL) in 1972, are now seen as posing the biggest threat to log leaders and defending champions Mamelodi Sundowns, who are just one point ahead with an advantage of two matches in hand.

Usuthu will strengthen their chances if they can beat neighbours Lamontville Golden Arrows in the most anticipated KwaZulu-Natal league derby in decades as Arrows are also having a great season under Mandla Ncikazi.

Arrows are third on the log and like Usuthu, they’re just five matches from completing what’s been a remarkable campaign.

McCarthy, 43, was asked on Thursday if he can now smell the league title or at least Caf Champions League participation next season given his charges’ form ahead of their meeting against Arrows on Saturday.

“The only thing I can smell is my perfume,” a giggling McCarthy said.

“There’s five more games left and in those games so many things can change. We take it day by day and our focus is not on Caf, but our focus is to win what we’ve never won before as individuals and as a team.

“AmaZulu have never been in a situation like this before, so we want to see how far we can go. We’ve come this far and there’s only five games that are standing in front of us.

“We’ll tackle each game as it comes and on Saturday it’s game number one, and it’s a game that we’re going into wanting to win because we feel we’ve got the team spirit and everything within our camp.

“And I know that coach Ncikazi with his troops feel the same. So it’s going to make for an interesting game. Come our last game against Maritzburg, then I will be able to tell you if I can smell Caf or anything.”

McCarthy also avoided talking about the other title challengers.

“Me, I can’t speak for other teams or coaches. I can only speak for me and my team,” he said.

“For us, it’s about the next match we play, that’s where all our energy goes into, not what happens after that.

“We’ll face that when the match is finished, and also we mind our own business. We don’t care what happens in other camps. If they win or lose, it doesn’t affect us. But what we have to do we know — we know why we come to work.

“We have to work harder than our opponents, run more than them, we have to have more heart, more desire and at the end of the day, the team that prepares the best and has the players that perform on the day, that’s the team that will win.

“So far and most of the time it’s been our team, so I can only confess to that. When it’s Golden Arrows, our neighbours, it’s a derby, we’re going to go with the same attitude and mindset into the game.

“We’re going there to work some socks off because it’s not a team [Arrows] that goes down to any team. So irrespective of our past results, our past form has got nothing to do with what’s coming on Saturday.”

AmaZulu are on a 15-match unbeaten run with 10 wins and five draws while Ncikazi’s team is unbeaten in nine with three wins and six draws.

After being snubbed by Carlos Queiroz and Pitso Mosimane, Safa may turn to Benni McCarthy
Sport
1 year ago