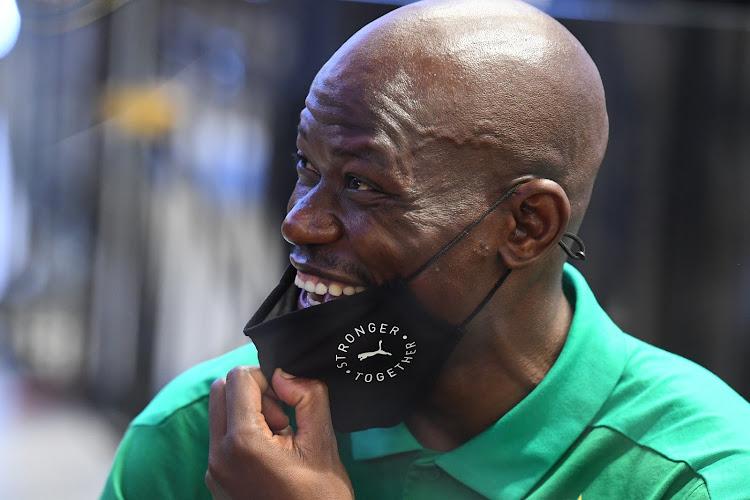 Mamelodi Sundowns captain Hlompho Kekana says their remaining five DStv Premiership matches of the season are going to test them mentally more than physically and tactically.

The Brazilians, who have a game in hand, lead second-placed AmaZulu by four points with five matches remaining as they continue with their mission to win the championship for a record four times in succession.

Next on their agenda is rejuvenated TS Galaxy at Mbombela Stadium on Sunday in Nelspruit who go into this match with confidence after recent successive league wins over Baroka and Cape Town City.

“Our run in is going to be difficult, it is also going to be more mental than tactically and physically challenging,” Kekana said.

“We are hoping to get the required three points starting with TS Galaxy on Sunday and continue do the same for the rest of the matches as it is our desire.

“You must remember that in the middle of this we still have the quarterfinal of the Champions League [against Al Ahly] but we will try to tackle these fixtures with the same energy and seriousness like we have always done.

Veteran stalwart Kekana, 35, who has made only 14 appearances in all competitions so far this season, added that he would like to be on the pitch every week but he is happy to see younger players getting opportunities and doing well for the team.

Tshakhuma Tsha Madzivhandila (TTM) coach Dylan Kerr says he is going to have a migraine trying to select the team for the Nedbank Cup final against ...
Sport
1 month ago

“Every player would like to play matches, especially at my age when you know that there are years left in you. I would like to play but I don’t want to be selfish about this situation because the team is doing well and getting results.

“I am happy for the younger ‘Pitso’ [Sphelele Mkhulise] , ‘Riva’ [Rivaldo Coetzee] and Lebo [Lebohang Maboe] who are pushing themselves every weekend and making sure that we win matches. We are a team that has so many players who are always willing to play football matches.

“I am fortunate to have played for this team for the longest time and serve like I did. The only thing is that whoever takes the jersey gives the performances and I am happy that the team is doing well.”

The midfielder has stopped training with Tshakhuma Tsha Madzivhandila after the club failed to secure his international clearance.
Sport
1 month ago

Benni McCarthy is already looking ahead to having his team participating in the Caf Champions League for the first time in their history‚ saying that ...
Sport
1 month ago