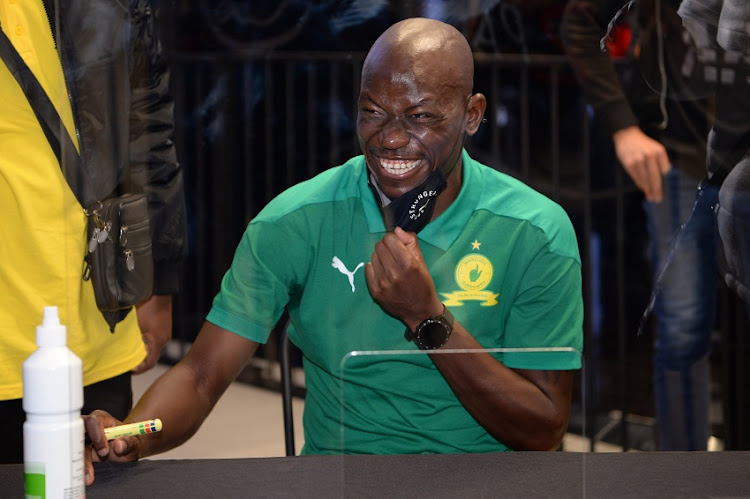 This first leg encounter will be the first time Sundowns come face-to-face with former coach Pitso Mosimane who achieved unparalleled success during his eight years at Chloorkop.

Kekana‚ who was one of Mosimane’s trusted lieutenants when they won five league titles‚ the Champions League and the Super Cup, among other trophies‚ said playing against Mosimane was going to be a big test.

Sundowns take on Al Ahly in this must-see clash, but many will miss it because they don’t have access to streaming
Sport
1 year ago

“It’s going to be a very emotional match for both sides because coach Pitso is there and the fact that in one of the previous encounters we managed to beat them 5-0 at Lucas Moripe Stadium in 2019. We have played them since that 5-0 win but I don’t think they have forgotten about it.

“We are a team that is very ambitious‚ we want to make sure that we win this match and put the team into the semifinals. It is not going to be easy but we are ready for the challenge against a very good team that is coached by our former coach.”

Kekana went on to say that he will not hold back if he scores against Al Ahly over the two legs despite having worked with Mosimane for many years.

“I was never an Al Ahly player before and you know that coaches move all the time. Benni (McCarthy) is at AmaZulu and he was at Cape Town City before but he celebrated after beating them recently. So‚ we will have to celebrate if we beat them because it is a big match for the players and the fans and it will mean more than any other match.”

Asked to analyse the Red Devils squad who were held to a 1-1 draw by Zamalek in the Cairo derby on Monday‚ Kekana said Sundowns know how Mosimane likes to prepare his teams.

“The only difference between the last time we played them and now is that coach Pitso is there and they are playing his style of football which guys who have worked with him (Pitso) know and understand.

“If you look at the personnel they have‚ they still have the same players they had when we played them over the last few matches. We will go there and stick to our processes and try to win the match. Playing away this weekend is going to be a mental game and we have to make sure that we match their hunger and aggression. Then‚ we will have a good chance of beating them and progressing to the next round.”