Crunch time at both ends of the GladAfrica Championship 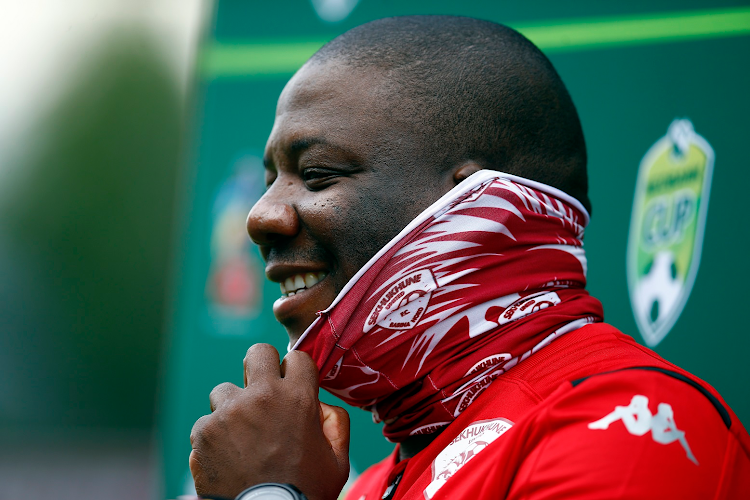 Sekhukhune United coach MacDonald Makhubedu has asked his charges to finish the season with a flourish.

Babina Noko go into the last two matches of the GladAfrica Championship campaign as one of the top five teams in the standings, who are all vying for automatic promotion to the Premier Soccer League (PSL) next season.

Third-placed Sekhukhune’s mission to push for promotion continues against Polokwane City at Makhulong Stadium on Sunday where a win will see them register their third victory in succession and move to 47 points.

“I think we have peaked at the right time of the season,” Makhubedu said as his team prepared to host City in Tembisa.

“We just have to win our remaining two games because anything can happen. We dropped points recently because of injuries, suspensions and the pressure of being on top of the log and being a new team.

“But in the last two wins over Pretoria Callies and Cape Umoya the guys have recovered from that dip in form and we will try our very best to finish the season with a flourish.”

Makhubedu admitted it would be difficult for Sekhukhune against Polokwane and then JDR Stars.

“The last two matches against Polokwane and JDR Stars are going to be extremely tough for us because those two teams have experienced players. Polokwane City kept most of the players who played for them while they were in the PSL last season but we have to be prepared to take them on.

“If we don’t gain automatic promotion and only get to the play-offs, a top-five finish will be good for us because when I started the management wanted us to save this team and we have done that.

“If we get to the play-offs, I believe the players will have the legs to push because we have very good physical trainers and a very good medical team, who will make sure that players are properly conditioned. I don’t think we will have a problem, if we find ourselves in the play-offs we will push to gain promotion.

“Our target is to win our remaining two matches because you’ll never know what is going to happen with other teams.”

Other interesting matches in Sunday’s penultimate round see log leaders Royal AM travel to unpredictable University of Pretoria (11th place) where victory for the visitors will see them put one foot in the PSL.

Royal (47 points) have a two-point lead over second-placed Richards Bay (45).

Richards Bay are also away to Jomo Cosmos (10th) at Tsakane Stadium in the East Rand while fourth-placed TS Sporting host Uthongathi (ninth) at Kabokweni Stadium in Mbombela.

There is also huge interest in the bottom half of the table where the picture of who is going to join already-relegated Bizana Pondo Chiefs will become much clearer after this round of matches.

Ambitious GladAfrica Championship side Sekhukhune United have roped in veteran administrator Peter Koutroulis as their football manager.
Sport
1 year ago

Royal AM coach Floyd Mogale has insisted that young club chairman Andile Mpisane is getting game time as a midfielder at the GladAfrica Championship ...
Sport
1 year ago