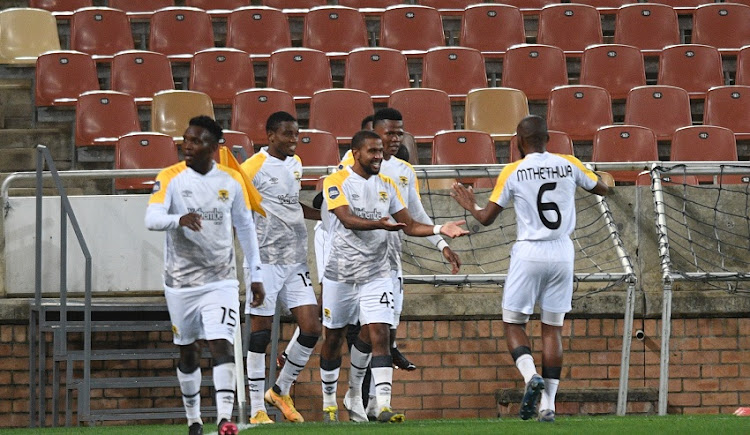 Basement side Black Leopards' premiership status is hanging by the thinnest of threads but co-coach Morgan Shivambu is not ready to throw in the towel yet.

These are desperate times and it is no surprise that the Limpopo side have set their sights on inflicting more pain on equally desperate Kaizer Chiefs and collecting all the points at stake when the two teams meet at Thohoyandou Stadium on Wednesday.

Lidoda Duvha are tethering close to the relegation abyss as they head into their last three matches of the season - against Chiefs‚ Cape Town City and Bloemfontein Celtic - defeat on Wednesday would put them in serious trouble.

“Given the situation that we find ourselves in at the moment‚ only a win [against Chiefs] will do for us‚” said Shivambu‚ who has been tasked with saving the team together with Mongezi Bobe after the departure of Lehlohonolo Seema.

“A draw or a loss won't help because we are in a dangerous position on the log and we need a win. It is going to be tough against Chiefs‚ who have targets of their own‚ but I believe in our players. They will get a positive result because we have trained well over the past few days."

Leopards’ chances of escaping automatic relegation are not in their hands and reigning in second-from-the-bottom Chippa United should be top of their list of priorities.

If Leopards lose to Chiefs‚ it would leave Chippa needing only a point in their penultimate match against Tshakhuma Tsha Madzivhandila (TTM) to officially relegate Lidoda Duvha.

While Leopards are battling to save the club from dropping into the GladAfrica Championship‚ Amakhosi are fighting to force their way into the top eight after what has been a poor domestic campaign.

“We have told the players that the most important thing for them is to believe that they can get something in this match [against Chiefs] and the other two of the season‚" Shivambu.

"We are at home‚ so it is important to get a positive result and improve our chances of surviving automatic relegation.”

Leopards will be up against a fired up Chiefs side that booked a place in the semifinals of the Champions League at the weekend after a 4-3 aggregate win over Simba SC of Tanzania.

But while Chiefs have held their own on the continent‚ their form on the domestic front has been alarming.

They are 11th on the premiership standings and just 11 points away from bottom club Leopards.