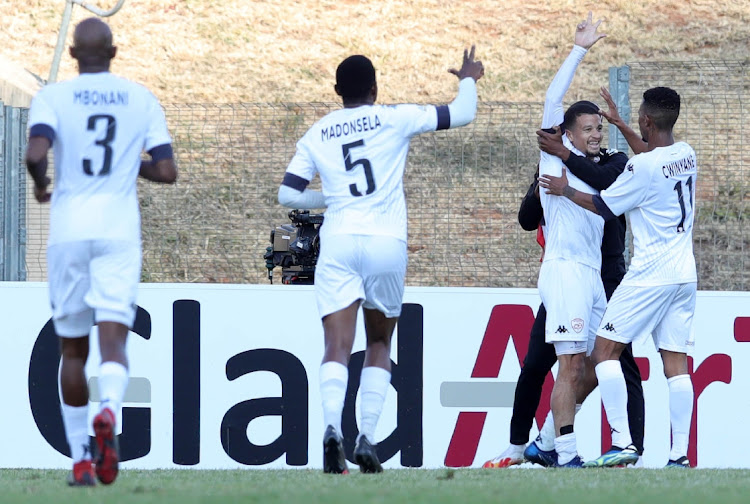 The Premier Soccer League (PSL) remained tight-lipped on Tuesday and said it is not ready to comment after Polokwane City filed papers in the Johannesburg high court to set aside a SA Football Association arbitration decision that awarded Sekhukhune three points.

The final outcome of the race for automatic promotion remains up in the air after Polokwane went against the grain on Monday afternoon by serving papers on the PSL‚ Safa and its arbitrator, Hilton Epstein SC‚ and Sekhukhune.

It is against rule 26 in the PSL handbook for its 32 clubs to approach the courts to seek recourse.

“Any breach of this article will constitute misconduct which will be dealt with in terms of the league’s disciplinary procedures‚” reads article 26.

Their action also has no regard for rule 25.4‚ which states that “the [Safa] arbitrator’s decision will be final and binding”.

There was drama on the theatrical final day of the lower tier's season when Royal AM earned the point they needed to clinch automatic promotion on ...
Sport
11 months ago

“What we do as the league‚ when we have got anything to say‚ we release a media statement‚” said Madlala on Tuesday. “We have not said anything now and that means we have got nothing to say. When we are ready to say something we will.”

Polokwane have nothing to gain from challenging the awarding of the three points to their provincial rivals Sekhukhune.

Polokwane COO Tincy Tema was asked what prompted the club to mount a court challenge from which they stand to gain nothing.

“At the moment we are not at liberty to give a comment because the matter is being dealt by the legal people through the courts‚” Tema told TimesLIVE on Tuesday. “At the moment we can’t speak.”

But Tema spoke in great detail‚ as the man supposedly in charge of daily operations as COO‚ in his founding affidavit attached to the club’s court papers‚ which TimesLIVE has seen.

The National Soccer League's (NSL's) executive committee (exco) that met on Thursday discussed the potential ramifications and implications of an ...
Sport
11 months ago

“(a) Polokwane City brings this review [court action] in its own interests‚ (b) in the interest of the other member clubs on the GladAfrica Championship who are or will be affected by the award in future and (c) in the public interest‚” states Tema in his affidavit.

“The award has far-reaching implications for the PSL‚ its teams on the Championship and for the game of soccer in the country.”

The arbitrator’s award was granted on May 19 in an appeal sanction imposed by an independent PSL disciplinary committee and found that Polokwane contravened Rule 35.2 of the league’s rules for failing to include in their team sheet the required number of five Under-23 players.

The arbitrator ruled that Polokwane must forfeit the match to Sekhukhune with a score of 3-0 but the PSL rejected the ruling.

The PSL challenged the ruling though rule 25.4 in its handbook stipulates that “the arbitrator’s decision will be final and binding and will be provided to the league by Safa”.

Tema argues that Polokwane were hard done by after three of their seven registered Under-23 players tested positive for Covid-19 a day before the disputed match against Sekhukhune on January 2.

Tema is adamant that there was no time the club could have registered new players‚ but Sekhukhune counter-argued and said Polokwane could have promoted players from their development ranks.

Tema said in his founding affidavit that Polokwane received the positive results only at 7pm on the eve of the match against Sekhukhune.

“On such short notice‚ Polokwane City could not remedy the situation by signing in another player‚ even from the amateur squad‚ as suggested by Sekhukhune during legal arguments‚” according to Tema. “Polokwane City was placed in a quandary where it was left with no other choice but to proceed with the resources at its disposal without potentially breaching the provisions set out in the PSL Handbook.

“Sekhukhune suffered no prejudice during the game by the alleged breach. The awarding of three points to Sekhukhune is not consistent with the principles of fairness and equity.”