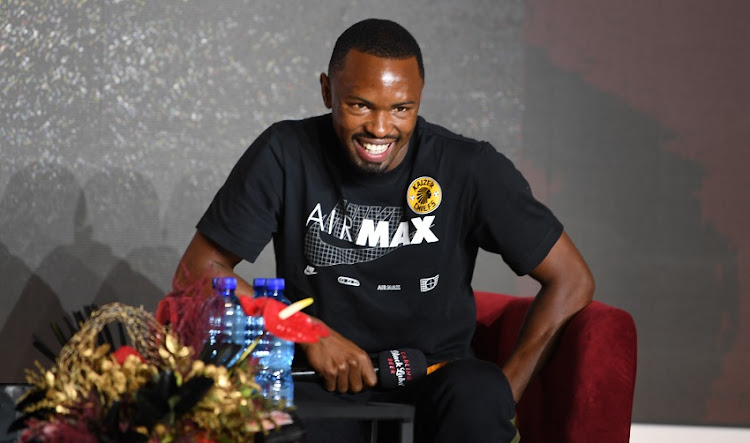 Kaizer Chiefs attacker Bernard Parker has expressed a burning desire to stay on at Naturena beyond the expiry of his contract at the end of June.

The 35-year-old is among the likes of Khama Billiat, Lebogang Manyama, Bruce Bvuma, Philani Zulu and Willard Katsande, whose contracts are expiring at the end of the current premiership season.

Parker said his heart will always be with Amakhosi after joining the club a decade ago, but the decision to stay on in the south of Johannesburg is not up to him.

“It is up to the management to decide if they want to keep me,” he said.

“Chiefs is very much in my heart. The Black Label Cup is coming up and you know with football that even if you have a  10-year contract you are not safe.

"What I am doing now is focusing on one game at a time and to do my best for the club. Chiefs is my family and I definitely want to continue, and I am enjoying my football at the moment.”

Chiefs have three games remaining in the domestic league this season - against Black Leopards, Golden Arrows and TS Galaxy - and Parker said their focus is to finish in the top eight.

“We have a huge challenge ahead with three games to go domestically, and we definitely want to obtain maximum points in these three matches to get into the top eight.

“On the continental front, we are happy we have reached the semifinals of the Caf Champions League and we are looking forward to it. What is good for us is that we played against Wydad [semifinal opponents] in the group stages, but we must be thoroughly prepared to achieve our goals.

“The challenges we have faced in the league have made us stronger in the Champions League. It's two different ball games and I am also sharing my experience with the younger players on our travels on the continent.

“We never beefed up the team [due to the ban by world governing body Fifa], and I am not using this as an excuse.

"We had a knife in our hearts [after] losing the league title [to Mamelodi Sundowns] on the last day of last season [after leading the standings for almost the entire season]. We are giving our all week in and week out but things are not going our way domestically.

“With the struggles we are going through in the league, we made history by coming this far in the Champions League and we believe we can go all the way.”

The pre-season Carling Black Label Cup between Chiefs and Orlando Pirates was launched in Johannesburg on Tuesday.

Gavin Hunt will know exactly what to expect when Kaizer Chiefs face Morocco side Wydad Casablanca in the semifinals of the Caf Champions League next ...
Sport
6 months ago

Kaizer Chiefs continued their unbelievable journey in the Caf Champions League when they qualified for the semifinals of Africa's most prestigious ...
Sport
6 months ago

Kaizer Chiefs continued with their unbelievable journey in the Caf Champions League when they qualified for the semi-finals of Africa’s prestigious ...
Sport
6 months ago