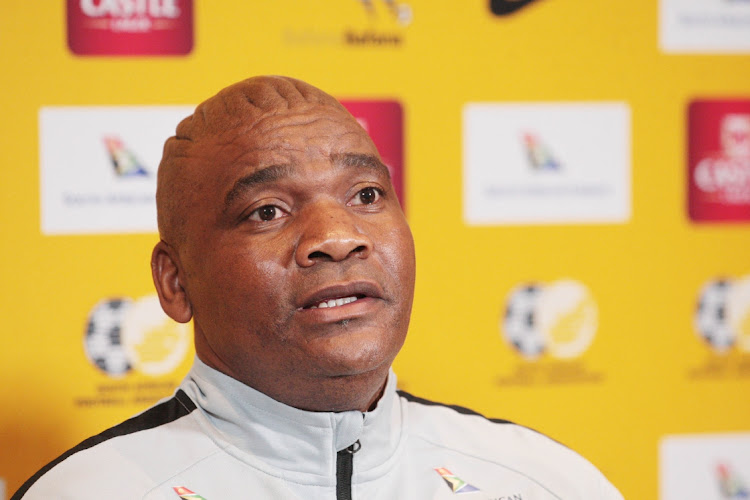 Molefi Ntseki says he was blown away by the air of professionalism that was evident as he drove into the club’s village in Naturena to start his new job at Kaizer Chiefs.

The former Bafana Bafana coach was unveiled as the Chiefs head of technical and youth development academy on Monday and will immediately get stuck in as he officially starts his duties on Tuesday June 1.

“It is a very conducive atmosphere and a very professional atmosphere‚” said the 51-year-old Free State-born coach after his unveiling.

“I think from the outside‚ every kid‚ every player‚ every administrator and every coach ... we are all looking to be part of this brand.

“As you are driving in through the gates [at Naturena] the people you meet from the gates that you speak to‚ you tell them who you are‚ they know who is coming and it is not a very long process to fill in everything.

“It means everything is very professional from the first gate that you go through until you get to the boardroom.

“It has been a very warm welcome that I have experienced with the people who are very friendly.”

As part of his duties‚ Ntseki will have the responsibility of advising on all technical operations and developing the strategy for the senior team‚ Kaizer Chiefs' youth development academy and the reserves in the newly established role within the Amakhosi institution.

“I think it is a very big role with so much responsibility‚ roles and functions and calls for one to be very professional and creative.

“It calls for one to have gone through the research and understanding of who is Kaizer Chiefs and what is the culture‚ the philosophy and the playing style and I think that will be very important.”

Ntseki said he wants to ensure that the development of players at the club is aligned with the Chiefs values‚ ethos and traditions.

“If you come into a new position like this‚ it means you need to look back and get all the background information about the club‚ and also take the club to a level where the modern trends of football are far more important.

“We have got the leadership to do that and we have got everybody who is part of the project.

“And the project itself means you need to get the best people and players to make the senior team to be a winning team.

“You are coming into an environment where the background and the history are so rich and I think you need to add more into what you see in terms of the bar that has been put up there for anybody who becomes part of this family.”

Ntseki was sacked as Bafana coach in March after the senior national team failed to qualify for the Africa Cup of Nations (Afcon) in Cameroon next year.

Former Bafana Bafana coach Molefi Ntseki has joined Kaizer Chiefs as the club’s head of technical and the youth development academy in a three-year ...
Sport
11 months ago

Orlando Pirates are also at the mercy of Arrows who still have to play against Kaizer Chiefs and Stellenbosch FC.
Sport
11 months ago

Zinedine Zidane said on Monday he had stepped down as Real Madrid coach as the club's hierarchy did not have enough faith in him to rebuild an ageing ...
Sport
11 months ago

Ramaphosa: ‘Pitso is an outstanding flag-bearer for our country and for football’