Leopards dangerously close to the abyss as automatic relegation looms 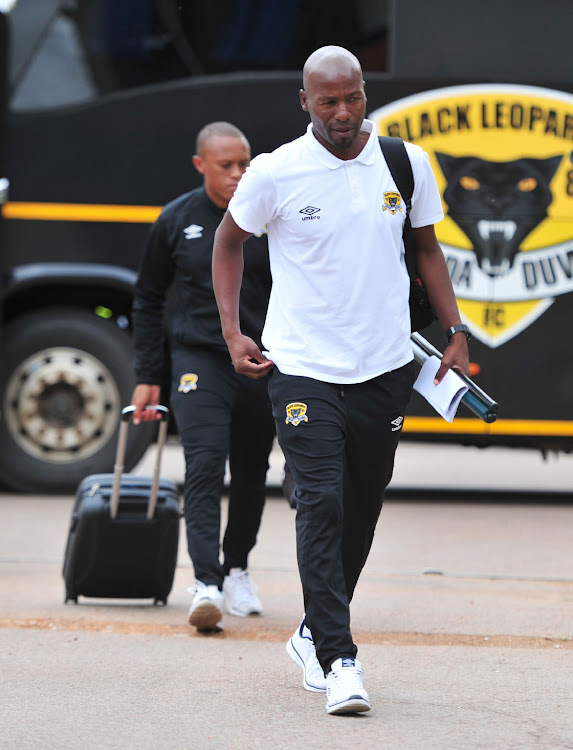 Basement side Black Leopards are staring down the barrel of a loaded gun and could be relegated on Wednesday afternoon.

Lidoda Duvha will be swallowed by the relegation quicksand if they lose away to Cape Town City and fellow strugglers Chippa United are able to win at least a point against Tshakhuma Tsha Madzivhandila (TTM) in Polokwane on Wednesday.

But optimistic co-coach Morgan Shivambu is refusing to throw in the towel yet and insists that it’s not over for the Limpopo side until the fat lady sings.

“We have two cup finals in our remaining matches against Cape Town City and Bloemfontein Celtic‚” said Shivambu, who is coaching the team with Mongezi Bobe after the departure of Lehlohonolo Seema.

“Our match against Cape Town City is definitely not going to be easy because they have done well in the league and they play a similar type of football to us.

“They like putting the ball on the ground and sharing it‚ and they also play with a lot of movement. They have a new coach in Eric Tinkler and we don’t know if there are going to be any changes in their approach. But I don’t think he is going to change much because they are left with only two matches in the season.”

Faced with this increasingly uncomfortable situation‚ Shivambu said all the players are fully aware that their jobs are on the line.

“We need to push harder than we did in the win over Kaizer Chiefs in our last match and we believe that we can go through.

“The win against Chiefs was good motivation for the boys and if you look at our last games‚ we have managed two wins‚ two draws and one loss against Pirates. It means that the players believe in themselves because if you lose too many matches some of them lose hope.

“We believe that we can save the team but hope alone won’t work‚ we need to go out there and fight until the end.”

Chippa are well aware of what is at stake in their two remaining matches and midfielder Kurt Lentjies said they are travelling to Polokwane to face TTM at the Peter Mokaba Stadium understanding that they cannot settle for anything other than three points.

“Luckily‚ we had a few days to work with the coach and we are starting to understand his philosophy and how he wants us to play. Performances are not that important at this stage of the season‚ what is important are the results.

“The only plan is to get the three points because we know the situation we find ourselves in‚ and that we have two cup finals ahead.”

Besides Leopards and Chippa‚ the other team teetering close to the automatic relegation abyss is Stellenbosch.

Strugglers TTM‚ Maritzburg United‚ Chiefs and Celtic are fighting to avoid the relegation and promotion play-offs.

Former Bafana Bafana coach Molefi Ntseki has joined Kaizer Chiefs as the club’s head of technical and the youth development academy in a three-year ...
Sport
11 months ago

Willard Katsande has promised the Kaizer Chiefs fans that the players are determined to shrug off a horrifying domestic campaign and make up for ...
Sport
11 months ago

Molefi Ntseki says he was blown away by the air of professionalism that was evident as he drove into the club’s village in Naturena to start his new ...
Sport
11 months ago

Kaizer Chiefs senior player Willard Katsande has admitted that the team did not always pull in the same direction as Amakhosi pick up the pieces and ...
Sport
11 months ago

Ntseki begins life at Chiefs: 'I'm very happy to be part of the Motaungs because I'm on top of the mountain'

A jovial Molefi Ntseki says as part of the Motaung clan‚ joining the Kaizer Chiefs family was like being on top of a mountain.
Sport
11 months ago