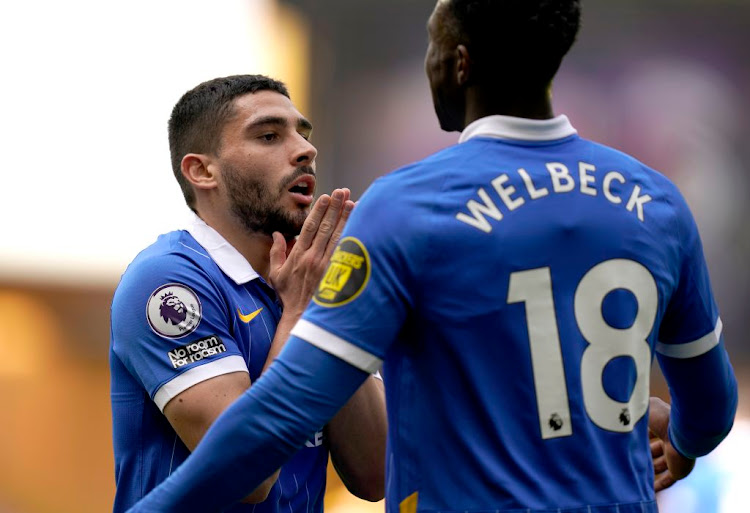 Brighton and Hove Albion player Neal Maupay cuts a dejected figure during a Premier League match against Wolverhampton Wanderers. A teenager has been found guilty in Singapore of sending serious online abuse to the Frenchman.
Image: Tim Keeton - Pool/Getty Images

The Premier League said Ng, who will be sentenced on July 7, had been identified and located by its legal team.

“As this case shows, we take each report seriously and will do everything we can to identify and investigate offenders and pursue legal action, wherever in the world they may be,” said Premier League CEO Richard Masters in a statement.

“We are committed to supporting players, managers and their families and will continue to work with relevant authorities to fight online hate.”

The Premier League launched a dedicated online abuse reporting system a year ago for managers, players and their families.

Maupay, 24, thanked his club, the league and the Singaporean police and courts.

“The vile and toxic abuse of which I was on the receiving end is a daily occurrence for many professional athletes and public figures,” said the Frenchman.

“I hope this goes some way to showing those online trolls that it is totally unacceptable and that the authorities are prepared to take the necessary action.”

The Straits Times quoted deputy public prosecutor Jeremy Bin as saying Maupay had believed the threats to be “legitimate and credible”.

“The victim and his family did not leave their home as far as possible, for fear of being attacked,” he added.

Brighton CEO Paul Barber said the club would use all legal resources to identify anonymous perpetrators of abuse.

“The social media giants must do more, but until they do, we are prepared to play our part by working with the Premier League and other authorities to identify and root out these individuals,” he said.

Manchester City forward Raheem Sterling and defender Kyle Walker have been racially abused on Instagram following the team's 1-0 defeat by Chelsea in ...
Sport
2 weeks ago