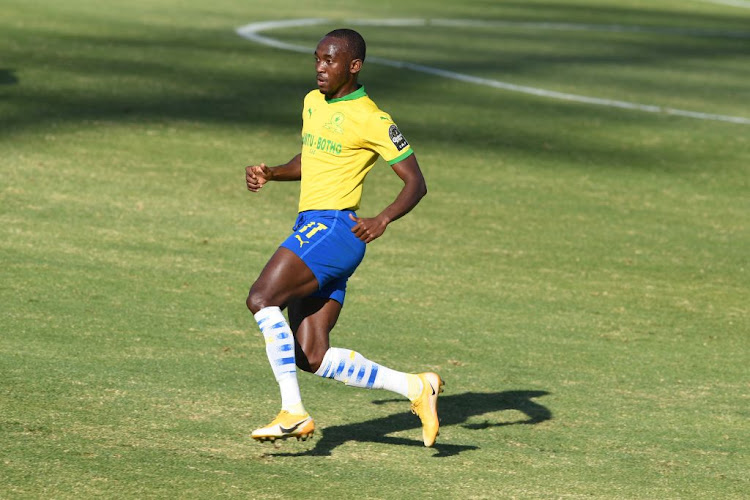 Peter Shalulile walks away with almost half a million rand after emerging as big winner at the PSL awards
Image: Lefty Shivambu/Gallo Images

The Peter Shalulile fairytale continued after the Mamelodi Sundowns striker was named Footballer of the Season and DStv Premiership Player’s Player of the Season at the Premier Soccer League (PSL) Awards on Sunday night.

It was a great night for the gangling striker as the Footballer of the season award was accompanied by a R250 000 cheque, while the Player’s Player of the Season accolade earned him R200 000.

The Namibian international only joined Sundowns in September last year and yet managed to pip teammate Themba Zwane and Maritzburg United’s Thabiso Kutumela to both gongs in his debut season at Chloorkop.

The two awards will have special significance to Shalulile as it was the people he faced every week who determined that he was the best opponent they had to contend with during the course of the season. The Footballer of the Season award is voted exclusively by the premiership coaches while the Player’s Player of the Season accolade is chosen by all the players in the league.

AmaZulu coach Benni McCarthy completed a fairytale of his own when he surprisingly won the DStv Premiership Coach of the Season award and the R75 000 cheque that comes with it. McCarthy led the Durban side to second place on the final standings and made history in the process as AmaZulu had never achieved such a high finish in the league since the inception of the PSL in 1996.

The former Bafana Bafana striker, who joined the club in December last year, overachieved as his mandate from club owner Sandile Zungu was to finish the season in the top four.

His achievement is made more unique by the fact that the coach of the season award usually goes to the mentor or mentors who guide their championship-winning teams to the league title. That McCarthy managed to pip the Sundowns coaching duo of Manqoba Mngqithi and Rulani Mokwena to the top prize is testament to his rise as a top coach in the country.

Supersport United striker Bradley Grobler finished as the top goal scorer of the season after finding the back of the net 16 times this season. He also earned R50 000 for his trouble.

Uganda international Denis Onyango finished as the Premiership Goalkeeper of the Season after his safe hands ensured that Sundowns retained the league title for the fourth time in a row a few days ago.

In other awards on the night, Baroka FC’s Evidence Makgopa won the premiership's Young Player of the Season [R50 000] award, while Njabulo Ngcobo of Swallows FC walked away with the defender of the season gong [R50 000].

Sundowns star Zwane, pipped by teammate Shalulile to the main awards, won the Midfielder of the Season accolade [R50 000] while Supersport's Teboho Mokoena’s strike against Stellenbosch FC in November last year was voted as the Goal of the Season [R50 000].

The Goal of the season nominees were voted for by the public on the PSL website throughout the season and the winning goal was decided by a panel of judges made up of football journalists and commentators.

PSL CHAIRMAN’S AWARD/S - To be confirmed