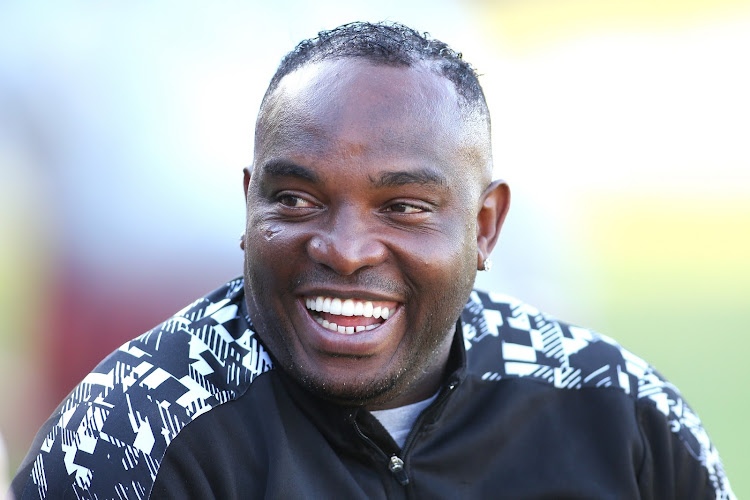 Congratulations messages have been pouring in for AmaZulu head coach Benni McCarthy after the former Bafana Bafana star bagged the Premier Soccer League (PSL) coach of the season award.

The awards ceremony took place on Sunday evening, with McCarthy winning the coveted title on the night.

The Peter Shalulile fairytale continued after the Mamelodi Sundowns striker was named Footballer of the Season and DStv Premiership Player’s Player ...
Sport
5 months ago

McCarthy was voted the coach of the season after guiding Usuthu to second place in the DStv Premiership, their highest ever finish in the league.

Usually, the coach of the season title goes to the team that finishes as champions, but McCarthy was deservedly rewarded for turning around AmaZulu's fortunes in the league.

Speaking after the victory, McCarthy said the win wasn't just about him and the players, but also the technical staff.

“I'm proud of the technical staff, the guys that work with me, and I'm proud of everyone who is associated with the club. We all deserve this and it’s not just me and the players and the team, everyone has been amazing,” he said.

'Thank you for all you sacrificed, your hard work, trust & loyalty': Benni McCarthy praises AmaZulu

AmaZulu coach Benni McCarthy has thanked his team for making history and securing a spot in next year's Caf Champions League.
Sport
5 months ago

He also took a swipe at critics who said he was overrated, enjoying the last laugh.

“When I joined, the president said he wanted a top-four finish. People said he was crazy. When I joined, people said I was overrated, I was fired from Cape Town City and that I was going to fail, and that I’m not a good coach. So, I wonder now who’s the one laughing?” he asked.

McCarthy thanked the team for their hard work during the season.

“So grateful for my amazing technical team and players. Thank you for all you sacrificed, your hard work, trust and loyalty. Second place. Well done, boys,” he said.

On social media, many congratulated McCarthy on his award, saying it was well deserved.

Here is a snapshot of what fans had to say.

Coach Benni McCarthy deserves it. Congratulations Coach. And thanks to AmaZulu for giving @bennimccarthy17 and Nomvete an opportunity to Coach the team. Many had doubts about them but they've made history in the books of @AmaZuluFootball #PSLAwards2021

Let’s be honest, Benni McCarthy is fully deserving of the manager of the season award and not one person can say otherwise. #PSLAwards2021

Benni McCarthy the AmaZulu coach has been voted PSL coach of the year. Congratulations Benni🎉🎉🎉 pic.twitter.com/9cfsI01qFO

Congratulations to Benni Mccarthy for winning coach of the season competition.

All these years I thought coach of the season is one that won the league.

Honestly Benni McCarthy did very well at Amazulu.
The thing at Sundowns is that that level of excellence is standard.

Amazulu really were transformed in a very short space of time.

Also seeing Manqoba, Rhulani and Kompela step up was great to see.

Benni McCarthy has christened himself a Zulu warrior with Makhathini replacing McCarthy as his surname.
Sport
5 months ago

Benni having the last laugh as he steers AmaZulu into Africa

Benni McCarthy has confounded his critics, guiding Usuthu to second spot and a place in the Caf Champions League
Sport
5 months ago

"Benni McCarthy is a living legend," wrote one user
Sport
5 months ago