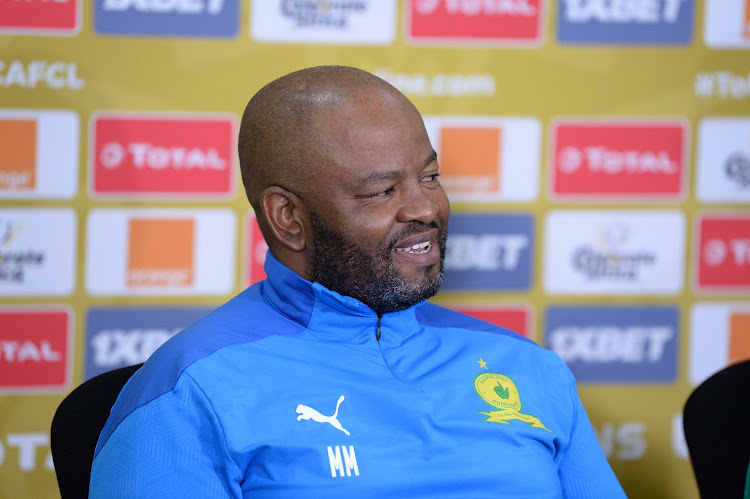 Mutual respect‚ selflessness‚ taking responsibility and compromise were some of the key reasons Manqoba Mngqithi‚ Steve Komphela and Rulani Mokwena succeeded in their unusual co-coaching arrangement at Mamelodi Sundowns.

Mngqithi‚ Komphela and Mokwena assumed the hot seat at the start of the recently concluded season and they faced furious condemnation that at times bordered on insults.

They got off to a disappointing start with a 1-0 loss to Bloemfontein Celtic in the opening round of the MTN8 and that led to ridicule by rivals fans who called them “Shadrach‚ Meshach and Abednego”.

Most people did not give them a chance of succeeding but the trio had the last laugh as they led the club to the DStv Premiership title with three matches to spare‚ losing just one match.

“In positions or situations like these‚ what normally creates problems is lack of leadership‚ lack of direction and lack of clarity‚” said Mngqithi.

“I think one of my strengths as a person is knowing that when you are in a position of leadership you must always be considerate of the rest of the group or the people you are leading.

“You must have compassion because at times when you are a selfish leader you trample on other people’s toes.

“A little bit of selflessness and humility because at times you have to compromise a lot.

“It does not require any clarity of roles but when there is mutual respect and people are willing to be led that makes the job easier.”

Mngqithi said he and his co-coaches were fully aware of the huge responsibility bestowed on them to replace immensely successful Pitso Mosimane‚ who departed to take over at Egyptian giants Al Ahly.

“More than anything else‚ I think we have always been colleagues and maybe friends to a certain extent but we knew that the responsibilities that we were given by Sundowns were not merely for the leadership of the team‚” he said.

“It was also a picture that we wanted to paint to the South African public‚ because if the three of us failed because of ego or selfishness we would have confirmed the feelings of many people out there that black people can’t work together.

“We had a deeper responsibility to black people‚ to influence and maybe affirm the ability that black people can work together with all the capacity that they have.

“All of us are coaches who can stand alone and many people have questioned why we had to work together‚ but we understand the bigger responsibilities of Sundowns are not only to conquer the PSL but to compete in and win the Caf Champions League.

“We have a bigger responsibility to go to the Club World Cup and compete in that space.

“When we brought coach Steve‚ it was on the basis that we knew the responsibilities and the task ahead of us was a little bit steeper.

“I must say I enjoyed working with the two guys next to me, including goalkeeper-coach Wendell Robinson‚ who not too many people talk about.

“We are of the same qualifications with coach Wendell and we are working hand in hand.

“I have to give direction where needs be but in most cases we are almost in agreement and when we argue it is for the good of the team.

“I appreciate that because there are times where a decision about one or two players can take an hour and for somebody else that would mean that we can’t take a decision.

“To me that is a sign of how frank and open with one another we are in making sure that whatever decision we arrive at it is at the back of a lot of critical thinking and inputs.

“And at the end we have made a lot of very good decisions and I am proud of the guys who I am working with.”

Mamelodi Sundowns co-coach Manqoba Mngqithi has questioned if his technical team could have done more to have won the DStv Premiership Coach of the ...
Sport
1 year ago

Kaizer Chiefs have confirmed Stuart Baxter as their new head coach‚ the club announced on Wednesday.
Sport
1 year ago

Recently crowned Mamelodi Sundowns coach Manqoba Mngqithi says he was never bothered by the doubting Thomases who questioned his appointment when he ...
Sport
1 year ago