Thulani Thuswa: A loyal servant and lover of football to a fault 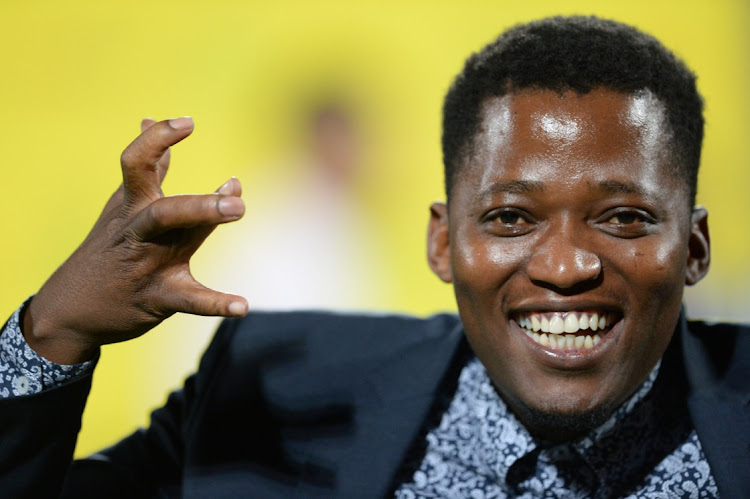 Dr Molefi Oliphant‚ the lifetime president of the South African Football Association (Safa) and one of the fathers of local football revolution‚ speaks about “self-actualisation” as the ultimate state of achievement for each person.

He preaches this to all young football administrators who visit him for counsel and direction.

He implores young administrators to locate their passion point‚ pursue it with all they have and reach this “ultimate state”.

In his case‚ from being a schoolteacher to being the president of Safa and vice-president of the Confederation of African Football (Caf)‚ there is no doubt that‚ as he rests along the Vaal river, his state of self-actualisation is complete.

Unlike Dr Oliphant‚ he didn't have the benefit or burden of living long – his life has been taken at a relatively young age.

From the stories that have been told in the past few days and this week‚ each person has their “truth” about Thulani.

There are‚ however‚ truths that are universal about this man. And we must share‚ and hopefully‚ agree on them.

Number one: Thulani couldn’t keep secrets. We often gossiped that if you want to keep a secret‚ never tell Thulani (haha) – that's because Thulani had the “innocence” in him.

He would let slip something discussed in secret‚ and when you confronted him‚ his response always was: “Mara Ndoda‚ you should have told me that’s a secret. But ska wara bra yam‚ I will manage the damage from this.”

And then with the same energy and a high-pitched voice he would wrap his arm around my shoulders and shout disarmingly: “Ola Luxin!”

Number two: Thulani loved football with all his heart. I had and have always hoped that one day the game would love him back.

Because of his love for football‚ I would often fight with him for giving his services for free – but he rebelled against this.

What gave him joy was serving others. This was his self-actualisation.

In his final hours‚ Thulani celebrated with the club he had adopted in his heart (maybe it is possible, after all, for a man to love more than one club in his lifetime).

Last year after Mamelodi Sundowns won the League – a 10th title – Thulani wanted to celebrate with the club, but they were inside the bio-bubble.

He called me at night‚ begging me to sneak him into the hotel.

Of course I refused. So‚ in protest‚ he stood outside the hotel in Sandton and hooted loudly and repeatedly – to my annoyance, need I add ...

Number three: Thulani was loyal – to a fault.

He served players. He served coaches. He served two of the country’s biggest clubs. He brought people together.

Thulani thrived in being a mischief-maker but he resented confrontation – at times bypassing the painful but necessary process of asking people to pay him his worth.

To those who wronged him‚ he held no grudges, but he was no fool.

Thulani left us still too young. I do not know this for a fact‚ but from observations.

I noticed that he got too much joy from being a “platform man” – the individual who facilitates platforms for others while remaining in the background.

This was a great contradiction about his life – because Thulani loved the spotlight but often used this contacts to put more people in the spotlight.

At the end of our innings on this planet‚ our contribution too will be scrutinised.

We must commit ourselves to the cause: We do not have the luxury of time. Like Thulani‚ we must give ourselves to a cause bigger than our immediate selfish gains.

As we lay this beautiful soul to rest‚ Thulani Thuswa’s life and its lessons must be the guiding principle.

Thulani strongly felt that our generation – his age group – was “sleeping on our potential”.

He bemoaned how we are spectators in a game we should be playing. He used his anger towards a system to engineer change.

Thulani felt strongly that‚ we‚ the generation‚ would one day take our rightful place at the table of opportunities in the sporting industry.

Sadly‚ he will not be here to enjoy the fruits of this dream.

It is in our hands now!

* Luxolo September is a former communications manager and senior manager for the Premier Soccer League (PSL)‚ worked for Fifa in the 2010 World Cup‚ and is an ex-Daily Dispatch sports reporter. He currently is head of operations and media relations for the Confederation of African Football.

Mamelodi Sundowns have joined thousands of football fans around the country to pay tribute to the club's former communications manager Thulani Thuswa.
Sport
7 months ago

“Rest in peace my brother. I am found lost for words. Gone too soon," said Pitso Mosimane.
Sport
7 months ago

Trampling on women, burning and looting. What a mess!