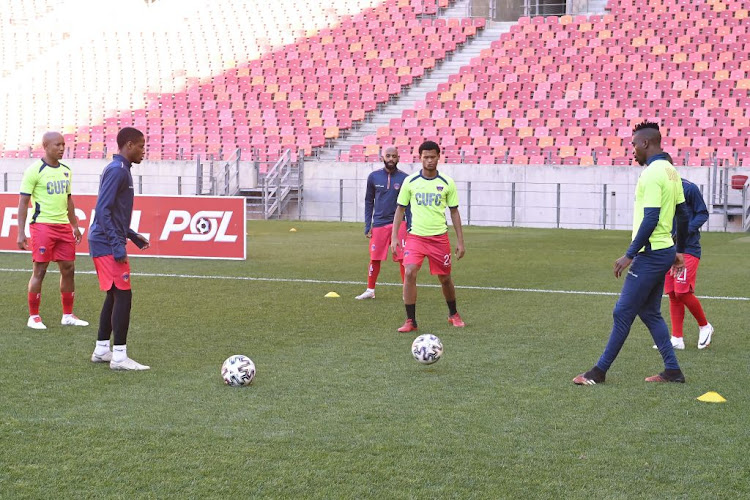 Chippa United and Richards Bay FC have been instructed by the Premier Soccer League (PSL) that they are to play the first match of the 2020-21 promotion-relegation playoffs in Port Elizabeth on Thursday afternoon.

This is despite a court interdict ordering the playoffs to be halted‚ which is being appealed by the PSL.

There was confusion‚ though‚ as to when the appeal will be heard at the Gauteng High Court.

A source close to the PSL had indicated it will be heard on Thursday morning. However, Richards Bay chairman Sifiso Biyela said on Wednesday afternoon his information was that the High Court appeal will be heard on Friday.

Biyela said he and the Richards Bay first team and technical staff arrived in Port Elizabeth on Wednesday to honour the fixture against Chippa. This was after receiving communication from the PSL on Tuesday that the match would go ahead at Nelson Mandela Bay Stadium at 3pm on Thursday.

Biyela told TimesLIVE Richards Bay had been told to travel for the match by the PSL‚ adding: “All logistics for the playoffs are done by the PSL.

“We travelled today [Wednesday]‚ but we were told yesterday [by the PSL].”

Asked if Richards Bay and Chippa were waiting for the appeal verdict on Thursday morning to know for sure of their match will go ahead‚ Biyela said: “There is no court case in the morning tomorrow [Thursday]. The court case is on Friday.

“It has nothing to do with us. If the PSL has put an intention to appeal there is nothing stopping the games from playing.”

The playoffs had been scheduled to start on Tuesday with the game between Richards Bay and Royal AM. However a High Court interdict‚ granting an application by Royal‚ halted the kickoff.

Royal wanted the playoffs stopped as they are appealing a Johannesburg High Court verdict upholding an arbitration award of three points to Sekhukhune United. The verdict made Sekhukhune winners of the GladAfrica Championship‚ gaining automatic promotion to the Premier Division‚ which bumped Royal down to the playoffs.

On Tuesday the PSL said it had resolved “to urgently seek leave to appeal against the order handed down by the Honourable Acting Judge Nyathi of the Gauteng High Court on June 14.”

PSL acting CEO Mato Madlala and legal head Michael Murphy could not be reached for comment nor clarification on when the High Court appeal will be heard.

The protracted controversy over who will be automatically promoted to the Premiership next season took another twist on Tuesday afternoon after the ...
Sport
11 months ago

The start of the Premier Soccer League's relegation/promotion playoffs on Tuesday and the coming DStv premiership season are under threat after lower ...
Sport
11 months ago

"What has happened to me yesterday it’s not new. Who said a male-dominated territory was easy? I am still standing tall and firm on my ground, not ...
TshisaLIVE
11 months ago