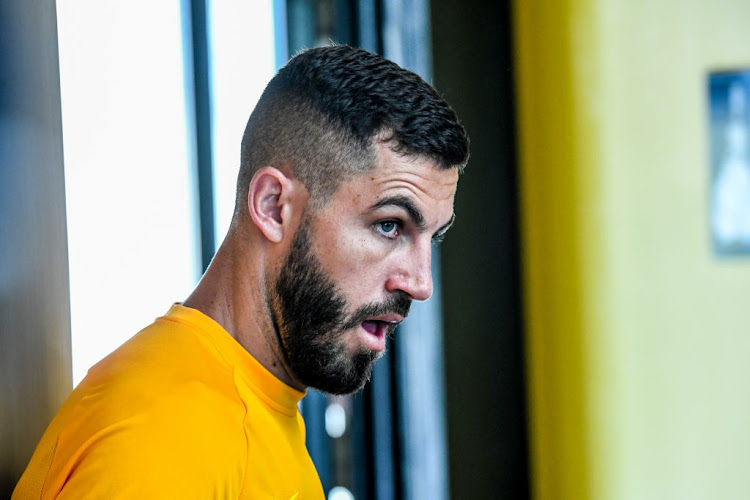 Daniel Cardoso believes the work that has been done tightening up a problematic defence at Kaizer Chiefs in the past few weeks just might help the Caf Champions League semifinalists spring a major surprise on Wydad Casablanca.

Chiefs, in a miserable domestic season where they scrambled an eighth-placed DStv Premiership finish with two wins at the end after the firing of Gavin Hunt as head coach — going to a sixth season trophyless — are certainly the shock entrants into the Champions League semis.

They meet 2017 winners and crack Moroccan outfit Wydad at Stade Mohamed V in Casablanca in the first leg on Saturday night (kickoff 8pm in Morocco, 9pm SA time), then at FNB Stadium exactly a week later.

Cardoso believes the freshness gained from a three-week break in which Chiefs have had nothing to think about but the club’s first Champions League semifinal, and a defence he says caretaker-coaches Arthur Zwane and Dillon Sheppard have worked on, just might be ingredients enough for a shock against Wydad.

“We haven’t had the best of seasons regarding our defence. We leaked quite a few goals,” the Amakhosi centre-back admitted.

“But the last few sessions, and even before the league ended, we worked a lot on the defensive structure and I thought it looked a lot better [in the last two league games].

“So we have been working on the training ground. We have to just go there and make sure we don’t concede any goals away, and hopefully our strikers can put one in.”

Chiefs, who had never reached a Champions League group stage, are the rank underdogs in the tie against Wydad — consistent semi-finalists and arguably the best performers in the competition in the last half-decade.

But a change of coach, the team ending on a high with those two big league wins at the end, and what Cardoso sees as a breath of fresh air that blew through the camp at the end of the 2020-21 season, just could be a leveller.

That would especially be so if Wydad come into the game at all complacent. The Moroccan outfit thrashed Chiefs 4-0 in neutral Burkina Faso in the group stage, and a significantly understrength Wydad lost the return match at FNB 1-0 to nine-man Amakhosi.

“The environment’s actually very good at the moment. Getting those last two results just cleared our minds, that we didn’t have to focus on anything else but this trophy coming up,” Cardoso said.

“We’re going up against a great team. They showed their class when we played them away. But we’re going into this encounter with a good mind and fresh mind.

“Obviously we’re preparing for the Wydad we played away. We know that they didn’t come with their strongest team to SA.

“But we’ve been studying them, and watching our game away. We know what to expect.”

Kaizer Chiefs have been inactive for two weeks while their Caf Champions League semi-final opponents Wydad Casablanca have continued playing, but ...
Sport
1 year ago

Briton Stuart Baxter has been at Kaizer Chiefs for only a few days but captain Bernard Parker says the new coach has already had an impact on the ...
Sport
1 year ago

Kaizer Chiefs will be without Lebo Manyama when they play Wydad Casablanca in a crunch Caf Champions League semifinal first-leg clash on Saturday ...
Sport
1 year ago