Ex-AmaZulu GM questions Madlala's role as acting PSL CEO: 'The board of governors is a waste of time' 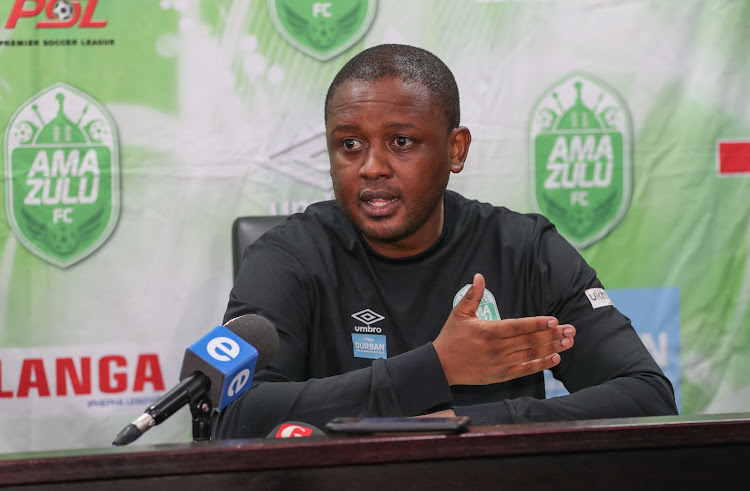 Former AmaZulu general manager Lunga Sokhela has come out guns blazing and said Premier Soccer League (PSL) acting CEO Mato Madlala should not be at the helm of the organisation.

Madlala, who is also the chairperson of Golden Arrows, has been the PSL's acting CEO since she replaced Brand de Villiers in November 2015.

The outspoken Sokhela offered his views as the PSL continued to take a hammering over the shambolic handling of the promotion debacle that has led to the postponement of the playoffs this week.

The former AmaZulu boss accused the PSL's board of governors (BOG) of remaining silent when they should be speaking out against what he viewed as blatant flouting of the rules.

“The BOG is not effective, it is not effective at all and it is a waste of time, honestly speaking,” said Sokhela, who was involved in the running of AmaZulu for almost two decades.

“It is a rubber-stamping body and that’s what it is. The saddest thing is that you sit there and when you look around you see very astute businessmen and women who are self-made and are very successful entrepreneurs.

“But they just sit there and allow these things to happen and it's OK. Some of them I respect very highly for what they have done in terms of building themselves up as businesspeople, coming from nothing to owning what they have today in terms of their own private enterprises.

“But when it comes to speaking to what’s right, especially when you are invested in what you are talking about, they just go weak at their knees. They are just too scared to speak up and that is the sad thing about the BOG, unfortunately.”

Madlala could not be reached for comment as her mobile phone rang unanswered on several occasions on Tuesday and on Wednesday. Messages were also sent to her mobile but she did not respond.

She was called again on Friday morning and did not answer her mobile, nor did she respond to a message sent to her mobile phone.

Another member of the board of governors contacted by TimesLIVE agreed with Sokhela and said there is hardly anyone who challenges the status quo within the body.

The firebrand Sokhela alleged that some members of the board are not allowed to speak out during meetings because they are often instructed on which positions to take while others only complain in private conversations.

“The BOG is a rubber-stamping exercise because people don’t talk at the BOG. People are caucused. This one is caucused to second and nobody will ever stand up and speak against any of those things,” he continued.

“That is the reality of how it functions and that you can ask anybody in football. When they come out of these meetings they are complaining in their little corners and saying that Lunga, what you were saying is right. I said to them, 'if what I was saying is right, then why didn’t you back me up?'

“It is the same thing with this issue of having a PSL team in the playoffs. The National First Division (NFD) [teams] don’t like it but they don’t raise it in the BOG lately. People who used to raise it are unfortunately out of football, people like Pierre Delvaux, the late Jabu Khumalo and Pat Malabela. Those were the people who were brave enough to raise those issues.”

Sokhela believes it is against corporate governance [practice] for Madlala to continue as CEO of the league as she has a vested interest in Arrows.

“Already the makeup of the Exco was putting us on thin ice because the notion was that you can’t have club owners sitting on the Exco,” he said.

“Then we decided to go one step worse by appointing a club owner to be the CEO of the league.

“If I am Lunga Sokhela and I am talking against the Exco, who do I now go and cry to if I feel aggrieved? The league must find a proper CEO to run that office and the functioning and operations of the league must be handled by somebody who is capable, who knows corporate governance and who has no vested interest in any club.

“They are saying they can’t find somebody in South Africa, [but] I know enough people, some I went to university with and are running big institutions. Running of the league is not rocket science, it is just to make sure that the fixtures are out and to make sure that there is no bias towards anybody.

“There are many guidelines out there when it comes to corporate governance, let's follow those because you can never have somebody who runs a club also running the office of the league as well.

“We rate ourselves among the top leagues in the world, but if you look at the top 10 leagues, these things rarely happen. It hardly happens in the Bundesliga, in the English Premier League (EPL), French Ligue 1 or even some of the top leagues here in Africa.”

Sokhela's scathing assessment comes as red-faced PSL officials continue to lick their wounds after Royal AM embarrassed the organisation and succeeded in forcing the postponement of the playoffs on two occasions this week.

The PSL grudgingly acceded to the Durban club’s demand to halt the match that was meant to get under way in Gqeberha on Thursday afternoon.

The playoff schedule was supposed to kick off with a clash between Richards Bay FC and Chippa United, but Royal AM insisted the PSL abide by the order given by acting judge AJ Nyathi of the Gauteng high court on Monday night and call off the games.

The lower-tier side had given the PSL an ultimatum of 10am on Thursday to suspend the matches or face further legal action.

Royal AM have once again succeeded in stopping the start of the premiership play-offs after the Premier Soccer League grudgingly acceded to the ...
Sport
1 month ago

Lamontville Golden Arrows stunned the nation's soccer lovers when the Durban side announced that it had parted ways with coach Mandla Ncikazi.
Sport
1 month ago

While some users called for both Royal AM and Sekhukhune United to be promoted, others were just worried about their bet slips.
Sport
1 month ago