Chippa United get winning start as endangered playoffs get under way 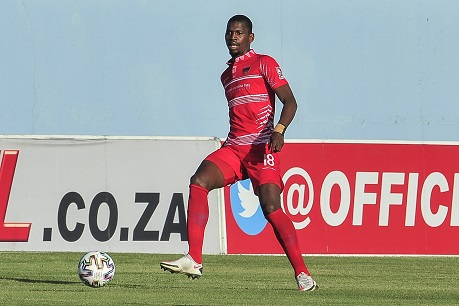 Chippa United made a positive start to preserving their Premier division status, beating Richards Bay FC 2-1 at Nelson Mandela Bay Stadium in the opening match of the 2020-21 promotion-relegation playoffs.

Richards Bay, coached by ex-Platinum Stars and Highlands Park coach Allan Freese since his appointment days ago, qualified for the playoffs as the third-placed team in the GladAfrica Championship. Chippa ended in the second-last-placed 15th position in the DStv Premiership to enter the playoffs.

Defender Sandile Mthethwa put Chippa ahead in the 50th minute in the non-televised game, midfielder Sizwe Mdlinzo making it 2-0 in the 82nd. Paseka Sekese pulled back a consolation for Richards Bay in the 90th.

The next game of the playoffs has been scheduled as Royal AM against Chippa at Chatsworth Stadium on Tuesday at 3pm.

This game might find itself the subject of court action, though.

Royal have been embroiled in a Johannesburg high court attempt to reverse an arbitration decision, upheld in the court, which awarded Sekhukhune United three points, and consequently the championship in the GladAfrica and automatic promotion to the Premier division.

After their request to appeal was dismissed on Friday night Royal’s lawyers sent a letter to the Premier Soccer League (PSL) notifying the league the club intended taking the appeal to the Supreme Court.

Royal’s legal representatives said to the PSL that given such an appeal, the interdict won last week at the high court against the playoffs continuing should still apply.

The PSL have argued that the playoffs need to go ahead given the professional domestic officially season ends on June 30, when many player contracts also come to an end.

The Premier Soccer League (PSL) have said that the opening playoff match Chippa United and Richards Bay FC will go ahead on Saturday at Nelson ...
Sport
1 year ago

The GladAfrica Championship promotion-relegation court saga, which has taken the Premier Soccer League (PSL) more than a month to resolve, is far ...
Sport
1 year ago

While some users called for both Royal AM and Sekhukhune United to be promoted, others were just worried about their bet slips.
Sport
1 year ago