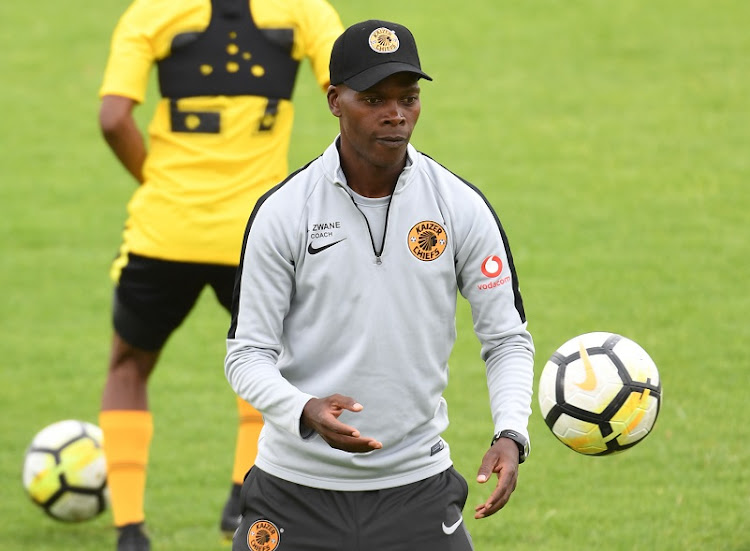 Kaizer Chiefs played to a “compact and disciplined” gameplan that frustrated crack outfit Wydad Casablanca, to the point of earning a 1-0 away win in their Caf Champions League semifinal tie, coach Arthur Zwane said after the first leg.

Chiefs earned a dramatic 1-0 victory at Stade Mohamed V in Casablanca on Saturday night. The result sees the Soweto giants, in one of their worst seasons domestically, and their sixth campaign trophyless, remarkably on the verge of an epic upset against 2017 Champions League winners Wydad.

More astonishingly, Chiefs are in pole position, if they display the same level of calm fight and discipline in sticking like glue to a gameplan — which at FNB Stadium on Saturday is likely to be altered quite significantly — to reach the final of Africa’s premier continental competition.

Previously Amakhosi, the shock entrants into the semifinals, had not reached the Champions League group stage.

And yet, the ingredients for an upset — and then only a glimmer of one — have been there in the change of coaching staff since Gavin Hunt was fired, then two wins at the end of the DStv Premiership to scramble into the top eight, which made Chiefs unpredictable in the tie.

Kaizer Chiefs’ historic win against Wydad Athletic Club over the weekend has sent many fans into celebration mode.
Sport
1 year ago

Their travelling brains trust of Zwane and Dillon Sheppard on the bench and Stuart Baxter and Molefi Ntseki in the stands formulated a 3-5-2 formation, rock-like defending with five at the back without the ball, harassment and work-rate that threw Wydad off balance.

Hard taskmaster Zwane’s constant barking could be clearly heard, whipping the intensity from his players.

“We came here in Morocco to do business. And we have done exactly that,” Chiefs’ caretaker-coach said afterwards.

“And we believe that we could have done much better. But we were playing against one of the best teams on the continent, and they put us under pressure for the entire 90 minutes.

“We were tactically very disciplined. We were prepared because we knew what their strengths and weaknesses were.

“And we planned that we would sit back and be compact, wait for the right moment when we regained possession and then try to hurt them where we knew they were also lacking.

“And yes, we managed to get a goal, though our plan was to get at least two goals if possible. But we are still happy with the goal we scored.

“We know it’s not over. We still have 90 minutes to play, which is going to be tough also, because they will come out guns blazing. But we will be well-prepared for that.”

Zwane said Chiefs’ technical staff realised a porous defence — as they had displayed in the competition, such as the 4-0 group stage loss against Wydad and 3-0 second-leg defeat to Simba in the quarterfinals, and just generally in 2020-21 — would lose them the tie against an attack of the class of Wydad’s.

“We realised that maybe defending we were too open at the back,” he said.

“We had to work on that, and it paid dividends tonight because we were very compact and disciplined.”

Kaizer Chiefs sound warning to the continent: Khosi have one foot in the Caf Champions League final

Only in football could something so improbable become a possibility – Kaizer Chiefs have one foot in the Caf Champions League final after ...
Sport
1 year ago

POLL | Do you think Kaizer Chiefs will make it to the Champions League final?

Kaizer Chiefs are the rank outsiders to beat Wydad Casablanca in their Caf Champions League semi-final over the next two weekends.
Sport
1 year ago