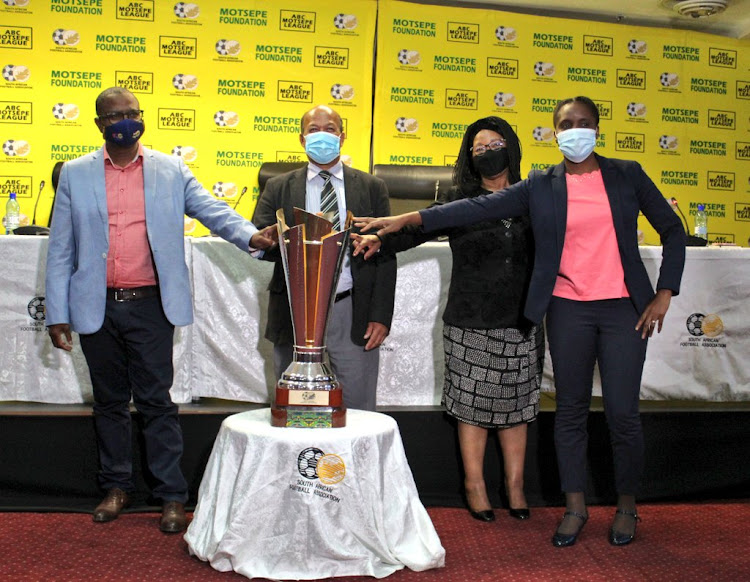 Sivutsa Stars from Mpumalanga will make the push for a return to the professional ranks of South African football when the ABC Motsepe League national playoffs kick off in their hometown Nelspruit next week.

Though there will be no home fans to cheer them on due to Covid-19‚ the familiar surroundings in Kabokweni and Kanyamazane could give the team‚ which previously campaigned in the second-tier of professional football‚ a slight edge.

The draw for the ABC Motsepe League national playoffs was conducted at the headquarters of the South African Football Association (Safa) in Johannesburg on Wednesday.

Mpumalanga’s Stars were pitted against Gauteng champions Leruma United and Hungry Lions from the Northern Cape in Group B.

Free State champions Mangaung United‚ Umvoti FC from KwaZulu-Natal and the Western Cape’s Glendene United were drawn in Group A.

The matches will be played in the Nelspruit townships of Kabokweni and Kanyamazane from June 28 to July 3.

There will be three matches played per day starting on June 28‚ another three the following day and three more on June 30.

The winners of the three groups will be joined by the best-placed runners-up in the semifinals as the battle for promotion to the GladAfrica Championship ensues.

The first and second semifinals will be played on July 1 with the two finalists battling each other in the final at Mbombela Stadium on July 3 to earn automatic promotion to the GladAfrica Championship.

Sivutsa Stars relocated out of Mpumalanga in 2014 when the club was sold to Durban-based businessman Sbu Mpisane‚ who moved the team to KwaZulu-Natal and renamed it.

Royal AM’s decision to not take the field against Chippa United in their promotion-relegation playoff match on Tuesday followed another letter sent ...
Sport
10 months ago

After playing a starring role in Kaizer Chiefs’ epic 1-0 away win against Wydad Casablanca in the Caf Champions League semifinals‚ Bruce Bvuma broke ...
Sport
10 months ago