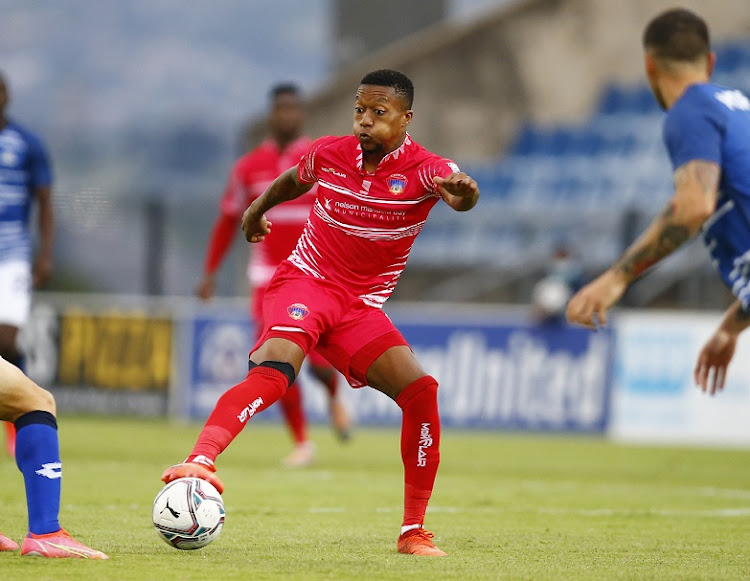 A win against Richards Bay at the Umhlathuze Sports Stadium (3pm) in the Premier Soccer League (PSL) promotional-relegation playoffs on Saturday could see Chippa United retain their status in the Premiership.

The Gqeberha side are leading the playoffs log with six points from two matches. They beat Richards Bay 2-1 in the first playoffs match at Nelson Mandela Bay Stadium last Saturday.

Chippa then earned themselves a soft three points from their abandoned match against Royal AM on Tuesday to take pole position in the PSL playoffs.

The Chilli Boys walked onto the Chatsworth Stadium pitch without their opponents, and completed pre-match formalities before the kickoff whistle was blown by the referee.

Richards Bay also have three points. Durban side Royal, involved in a court battle to be reinstated as winners of the GladAfrica Championship instead of Sekhukhune United, also did not pitch for the third playoff match, also at Chatsworth Stadium, against the northern KwaZulu-Natal team on Thursday.

Chippa will have a nine-point lead should they beat Richards Bay on Saturday.

Chilli Boys centreback Ayabulela Konqobe has made a vow to the team’s supporters in the Eastern Cape, saying their PSL status will be safe at the end of Saturday’s encounter.

“We would like to finish off on a high note with a win and also make a statement and prove to ourselves and show our supporters that we are still worthy material,” said the 25-year-old.

“We know that it is going to be a very difficult away game but we will be treating it like a cup final. So we will have to go out there and do the best we can and be united.

“This is a serious game to us, it’s a game where we know what will come with it — so we are very well prepared for every possible obstacle that might come our way.

“Our supporters should expect to see that the team’s PSL status will be safe tomorrow, after the match.”

According to the PSL playoff fixture, Chippa’s final match on Wednesday is the return fixture against Royal AM, at the Nelson Mandela Bay Stadium.

However, they can expect another walkover as was the case with their last match.

Royal AM’s decision to not take the field against Chippa United in their promotion-relegation playoff match on Tuesday followed another letter sent ...
Sport
7 months ago