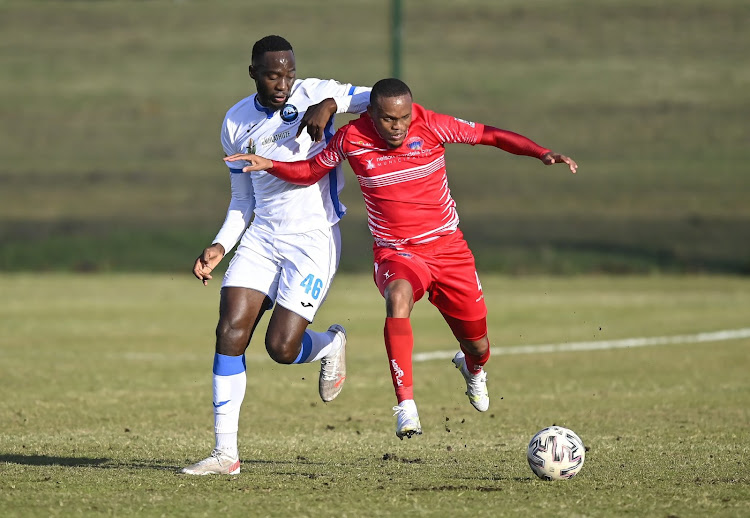 Chippa United have, mathematically and at least for now, retained their status in the DStv Premiership after drawing 1-1 against Richards Bay in the much-maligned Premier Soccer League (PSL) promotion/relegation playoffs on Saturday.

Ramasimong Maloisane scored Chippa’s opener in the 56th minute at the Umhlathuze Sports Grounds in northern Zululand before Siyabonga Vilane replied for the home side in the 73rd.

Chippa have amassed seven points and Richards Bay, who are on four points, cannot catch them even if they win their final game against Royal AM at home on Monday — a match that is highly unlikely to happen.

Richards Bay can only finish with seven points but they will still be one goal shy of Chippa who beat them 2-1 in the first match of these play-offs.

Royal boycotted both their matches in the playoffs as they maintained it should not be them but Sekhukhune United participating in them. This was related to three points awarded to the Limpopo GladAfrica Championship winners in an arbitration, upheld in the high court, which bumped Royal off top spot.

Royal have notified the PSL about their application to take the matter to the Supreme Court of Appeal, but while waiting for the outcome of their case they interpreted a high court interdict against the playoffs as being applicable.

The absence of Royal has left Chippa battling with Richards Bay; hence the result of the first match between these two sides helped the Chilli Boys retain their status in the top-flight.

Richards Bay are scheduled to host Royal on Monday while Chippa should welcome Royal in the final match on Wednesday.

But both Chippa and Richards Bay are set to collect full spoils as Royal are almost certain to not pitch up.

Royal AM’s decision to not take the field against Chippa United in their promotion-relegation playoff match on Tuesday followed another letter sent ...
Sport
7 months ago