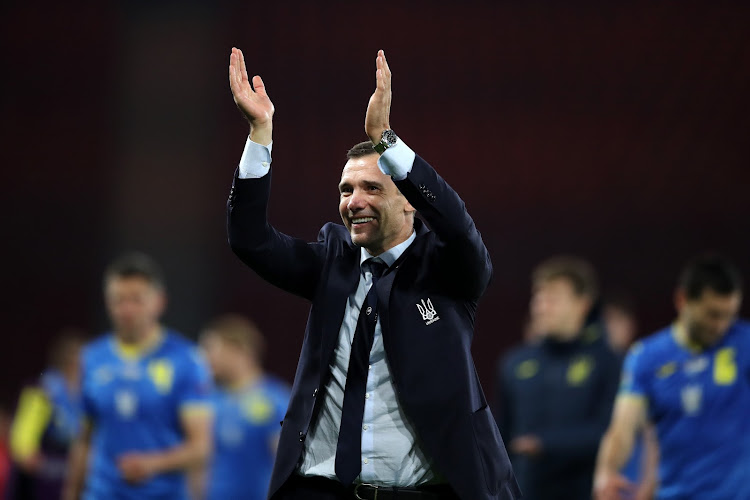 Ukraine coach Andriy Shevchenko said his team would not be intimidated by England's 2-0 win over Germany at Wembley in their Euro 2020 last-16 clash but motivated to produce an upset when they lock horns in Rome on Saturday.

The Ukrainians booked their quarter-final berth with an extra-time 2-1 win over Sweden on Tuesday thanks to a last-gasp goal by Artem Dovbyk after England sent Germany home on the back of second-half efforts from Raheem Sterling and Harry Kane.

"England are a great team, they have a deep bench, an outstanding coaching staff and we are fully aware how tough this game is going to be," Shevchenko told a news conference.

"I saw all their three group matches, not today's win over Germany because we had to prepare for our own game with Sweden.

"They are incredibly difficult to score against but their strength shouldn't scare us.

"It should motivate us because everything is possible in football as in life and we will play our hearts out to give our fans even more to cheer about."

England are yet to concede in the tournament, having beaten Croatia and the Czech Republic 1-0 in the group stage while they also drew 0-0 with Scotland.

Man of the match Oleksandr Zinchenko, who scored Ukraine's first goal and set up the second against Sweden, heaped praise on his Manchester City team mate Sterling who has scored three of England's four goals in Euro 2020.

"Sterling is one of the best wingers in the world and right now he is making all the difference for England," he said.

"We will need to be at our very best in defence to stop him but it will be difficult because he is on a roll."

Zinchenko added he and the rest of the team had been under pressure to deliver against Sweden after coming under fire for poor group-stage performances, having lost to the Netherlands and Austria while beating North Macedonia.

"It was difficult for me to adjust because a lot of criticism was poured on the whole team and on me in particular.

"Today, we have proved to the whole of Europe that we can achieve our goals."

"I would like to thank the fans, all those who managed to come to the stadium. This is a historic achievement and they should rejoice because moments like this are rare."

Striker Kylian Mbappe will bounce back from missing the decisive penalty in France's shootout loss to Switzerland on Monday that saw the world ...
Sport
3 months ago