Spain coach Enrique: As a block Swiss are one of the best at Euro 2020 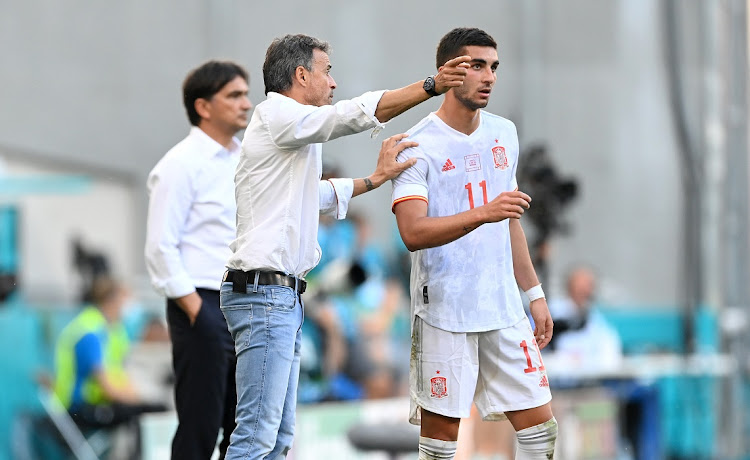 Spain coach Luis Enrique has described Switzerland as one of the hardest-working and most cohesive teams at Euro 2020 despite having few household names.

He predicted a gruelling match for his side in Friday’s quarterfinal at St Petersburg Stadium.

Switzerland, who will be contesting their first quarterfinal in a major tournament since the 1954 World Cup, pulled off the shock of Euro 2020 by knocking out world champions France in the last-16. They hauled themselves back from 3-1 down to draw 3-3 before winning on penalties against 2018 World Cup champions Les Bleus.

“They’ll be a difficult for us – they may not have many big-name players known to fans but as a block they are one of the best at the tournament,” Enrique said.

“They’re at our level, without any doubt, because of the way they press and attack. They have a magnificent coach in Vladimir Petkovic and they’ll cause us a lot of problems.”

The teams met twice in the Nations League last year, Spain winning 1-0 in Madrid but only scraping a 1-1 draw in the away game thanks to an 89th-minute equaliser from Gerard Moreno after the Swiss were reduced to 10 men.

“We were superior to them in Madrid even though the scoreline didn’t reflect that and they only created one chance all game. But both games were tough because they press you high in your own half, run very hard and I don’t expect anything different tomorrow,” Enrique said.

“In this tournament they’ve been a reflection of what they are, which is a very hard team to beat who can go all the way, just like us.”

While Spain have enjoyed far greater success than Switzerland and won a hat-trick of international trophies between 2008 and 2012, they also achieved a major milestone in beating Croatia 5-3 after extra-time on Monday to win their first major tournament knockout game since the Euro 2012 final.

Like Switzerland, Spain were forced into overtime in their last fixture but Enrique was not worried about his players feeling tired.

“The physical impact won’t affect us, we have great fitness coaches and the data we have seen is incredible,” he said.

“The mental factor is just as important and if you are convinced about what you’re doing and feel good in the head, you can fly out on the pitch. I think we’re in top shape physically.”

Ukraine coach Andriy Shevchenko said his team would not be intimidated by England's 2-0 win over Germany at Wembley in their Euro 2020 last-16 clash ...
Sport
5 months ago

Spain coach Luis Enrique hailed his players' character as the three-times European champions recovered from a nightmare start then let slip a ...
Sport
5 months ago

Striker Kylian Mbappe will bounce back from missing the decisive penalty in France's shootout loss to Switzerland on Monday that saw the world ...
Sport
5 months ago