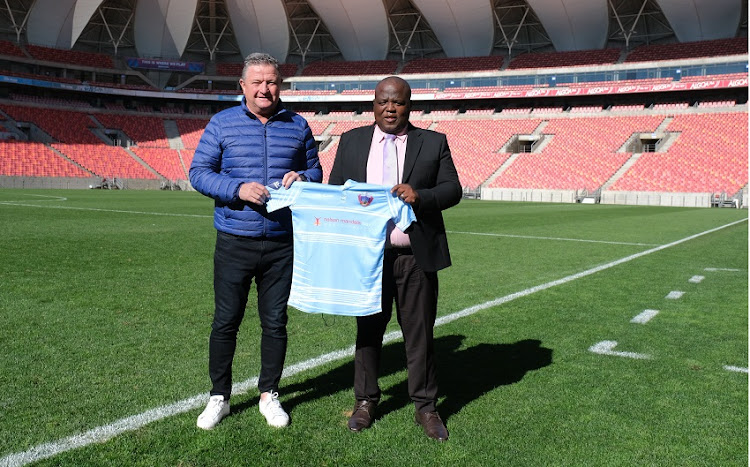 In a surprise move likely to shake SA football‚ Gqeberha-based side Chippa United have hired former Kaizer Chiefs coach Gavin Hunt as their new mentor for the coming season.

The announcement was made by Chippa chairman Siviwe Mpengesi in Gqeberha on Wednesday. Hunt was seen sitting alongside Mpengesi in a photograph posted by the Eastern Cape club on their Twitter account.

United had as many as four different coaches last season. The club did not immediately announce the length of Hunt's contract.

Hunt's move was unexpected as the coach‚ who has won four league titles — three with SuperSport United and one with Bidvest Wits — was expected to join one of the bigger clubs in the domestic game.

Chippa played in the promotion/relegation play-offs after finishing 15th on the log last season.

Their place in the top flight is yet to be confirmed as GladAfrica Championship club Royal AM elected to snub the play-offs after believing they won straight promotion to the DStv Premiership.

Hunt replaces Lehlohonolo Seema, who left the Gqeberha-based side after he helped save the team's top-flight status in the promotion playoffs last ...
Sport
1 year ago

Briton Stuart Baxter has been at Kaizer Chiefs for only a few days but captain Bernard Parker says the new coach has already had an impact on the ...
Sport
1 year ago

Kaizer Chiefs fans have seen the club move from 11th in the league to clinching a top 8 spot and a whole lot of changes in its management.
Sport
1 year ago