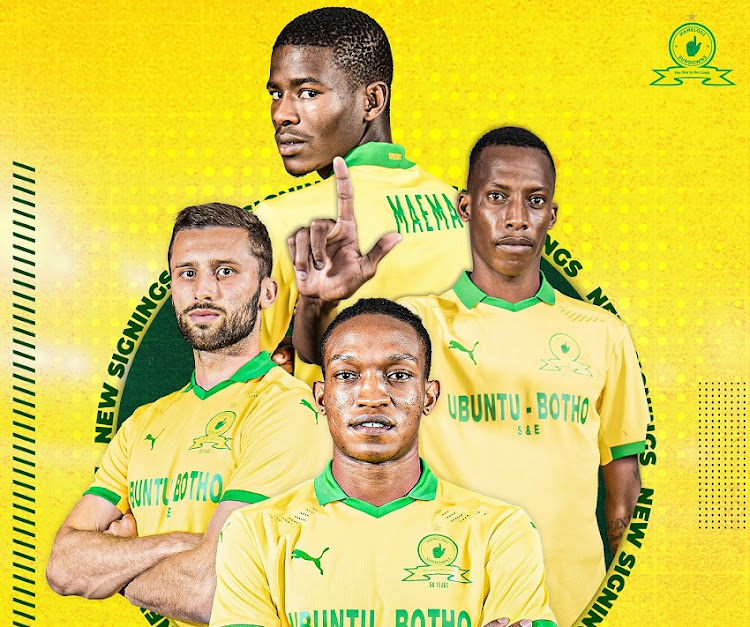 Slovakian international striker Pavol Safranko was among the four newly-signed players who were revealed by DStv Premiership champions Mamelodi Sundowns on Friday.

Safranko, 26, signs from Romanian Liga 1 top-flight side Sepsi OSK Sf where he had played since 2019. He was announced alongside former Lamontville Golden Arrows left-back Divine Lunga‚ right-back Grant Kekana of SuperSport United and attacking midfielder Neo Maema‚ who was with Bloemfontein Celtic last season.

Pitso Mosimane on threat posed by Chiefs: 'Those guys really are soldiers‚ they are survivors'

Kaizer Chiefs’ high threshold for absorbing pain and their tenacity are what make them so “awkward”‚ Al Ahly coach Pitso Mosimane has explained about ...
Sport
6 months ago

Safranko will find stiff competition in the Sundowns strike force which has PSL Footballer of the Season Peter Shalulile‚ Kermit Erasmus‚ Themba Zwane‚ Gaston Sirino and Uruguayan Mauricio Affonso‚ whose future at Chloorkop could well be curtailed or ended by the arrival of Safranko.

The Slovakian striker‚ who has played 10 matches for his national team‚ counts Aalborg in Denmark and Dundee United in Scotland among his previous clubs.

Mamabolo's exclusive on Pitso Mosimane leaving Sundowns for Al Ahly was one of the most-read sports stories of 2020, read more than 100,000 times.
Sport
6 months ago

While Lunga’s arrival was expected as Tebogo Langerman saw little action last season‚ the Zimbabwean will also find it hard to convince Sundowns’ technical team to pick him ahead of Lyle Lakay‚ whose game includes chipping in with vital goals from dead ball situations in 2020-21.

Maritzburg United strikers Thabiso Kutumela and Bongokuhle Hlongwane are among the players still expected to be announced by Sundowns before the start of the 2021-22 season.

Kaizer Chiefs have continued showing they mean business restoring the club to a competitive level that can match their stature‚ confirming the ...
Sport
6 months ago

Again it was not pretty or convincing, but again the result counted as the developmental Bafana Bafana at the Cosafa Cup registered their second ...
Sport
6 months ago

If there is a player in the Kaizer Chiefs squad one can rely on fighting talk to match fighting performances‚ it is Willard Katsande.
Sport
6 months ago