Dino Zoff on secret for Italy at Wembley: 'Warm heart and cold blood' 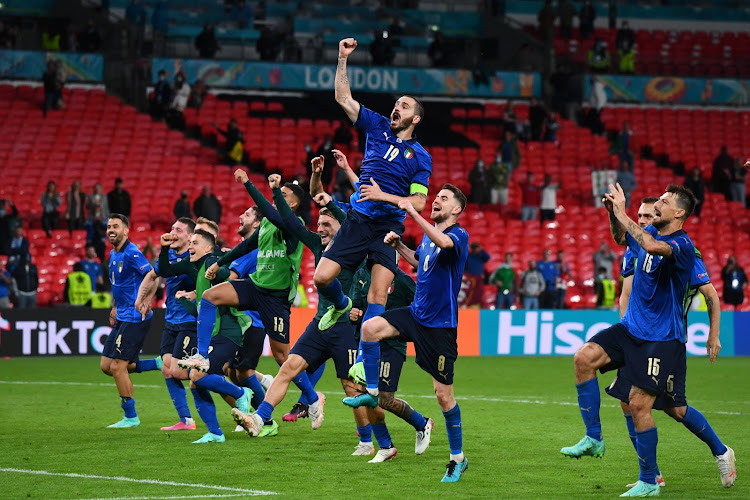 Italy toiled to a 0-0 draw, and had VAR to thank for chalking off a Marko Arnautovic goal for offside in the second half before goals from substitutes Federico Chiesa and Matteo Pessina earned a 2-1 win in extra time.
Image: UEFA EURO 2020/Twitter

Italy's Dino Zoff, a former European Championship winner, says the Azzurri need a "warm heart and cold blood" to beat England at Wembley in Sunday's Euro 2020 final, having himself played in his country's first ever win in London in 1973.

Zoff was part of the Italy side that won the country's only Euros trophy to date, back in 1968, and he believes that a 1-0 friendly win over England in November 1973 that he also played in was a hugely significant moment for the national team.

"We had never beaten the English there. They still felt like they were custodians of the sport. Wembley was a kind of forbidden temple. They were different times, another world," he told Corriere della Sera.

When asked how to win at Wembley, Zoff replied: "Like they say in Westerns, 'With a warm heart and cold blood'."

Zoff, who was Italy's manager when they lost the final of Euro 2000 to France by a "golden goal", said he and his team-mates were taunted and called "waiters" by the English fans when they took to the Wembley turf in 1973.

A raucous atmosphere is expected on Sunday, with around 60,000 fans attending the final.

But the 79-year-old Zoff played down the role of the crowd.

"I believe in atmosphere up to a certain point," he said.

"Yes, it helps to have 60,000 people supporting you. But it is not like they are playing. The English have a lot of pressure on them. Just think if they do not win…"