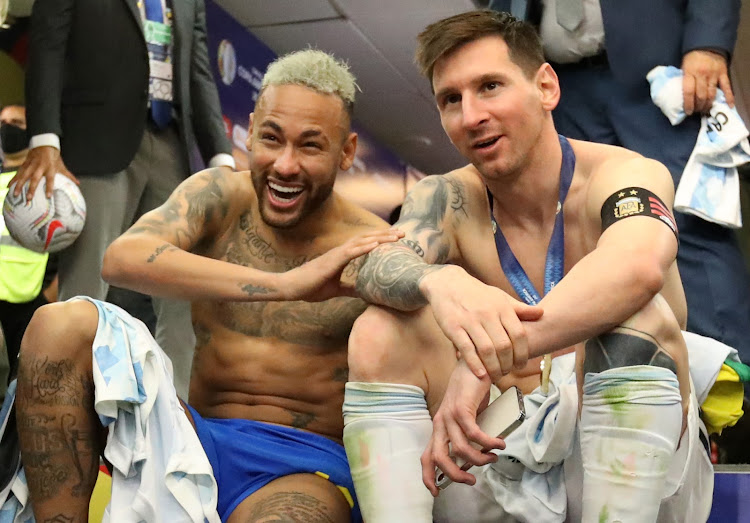 Brazil coach Tite hit out at the South American Football Confederation (CONMEBOL) on Saturday, criticising the organisation and singling out the president just moments after Brazil lost in the final to Argentina.

Tite critised the pitches used in the tournament and said players were put at risk because the tournament was thrown together with just two weeks notice.

This year's Copa America was supposed to be held in Colombia and Argentina but was moved after civil unrest in the former and a surge in Covid-19 cases in the latter.

Brazil's far-right president Jair Bolsonaro stepped in and agreed to host all 28 games but planning was hurried and, Tite said, problematic for the teams and players involved.

"The organisation left a lot to be desired," Tite said.

"The pitches were poor. The players were put at an excessive risk. This shouldn't happen in a big tournament such as this one."

"I am talking specifically about the man responsible, Alejandro Dominguez, who is the president of Conmebol," Tite added.

"I am talking about him, for organising the tournament in such a short space of time."

Tite made similar criticisms about the pitches earlier in the tournament and was fined $5,000.

The Brazilian players also criticised CONMEBOL on the eve of the opening match, saying the organisation was "inadequate".

Tite's criticisms came moments after Argentina won 1-0 to end a 28-year trophy drought and win the Copa America for a record-equalling 15th time.

The defeat was Brazil's first since a friendly loss in 2019 and their first competitive defeat since going down to Belgium in the 2018 World Cup.

The experienced coach praised the work of his opposite number Lionel Scaloni but was scathing of the way Argentina slowed the game down after they took the lead midway through the first half.

"The game was so stop-start," he said.

"We wanted to play but there was anti-football. The whole time there was diving for fouls and then they took forever to take them, the referee didn't keep the game going.

"The strategy was to break up the play."

Kaizer Chiefs have continued showing they mean business restoring the club to a competitive level that can match their stature‚ confirming the ...
Sport
6 months ago

How Southgate transformed England’s image and his own

When England were digesting their shock Euro 2016 exit to Iceland in the round of 16, if fans and pundits had been asked who was the manager most ...
Sport
6 months ago

Slovakian international striker Pavol Safranko was among the four newly-signed players who were revealed by DStv Premiership champions Mamelodi ...
Sport
6 months ago

Unloved at Chelsea, metronomic Jorginho is viewed in a different light in Italy

A handful of players turn into a different beast altogether when they represent their country.
Sport
6 months ago

If there is a player in the Kaizer Chiefs squad one can rely on fighting talk to match fighting performances‚ it is Willard Katsande.
Sport
6 months ago