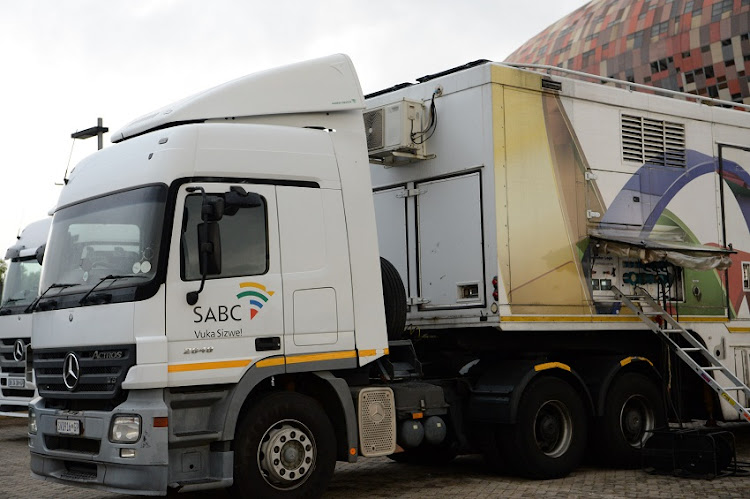 The SABC has reacted with surprise and disappointment that Caf sold the rights to broadcast the Champions League final between Kaizer Chiefs and Al Ahly on Saturday to SuperSport, despite the public broadcaster having met the asking price.

Amakhosi take on overwhelming favourites Al Ahly‚ who are coached by Pitso Mosimane‚ in the final at Stade Mohammed V in Casablanca‚ Morocco, on Saturday night (kickoff 9pm).

“The SA Broadcasting Corporation (SABC) regrets to announce that it has been denied the opportunity of broadcasting the Confederation of African Football (Caf) Champions League final between Kaizer Chiefs and Egypt's Al Ahly‚” the SABC said in strongly-worded statement on Friday morning.

“The SABC was surprised and disappointed to learn yesterday that Caf had sold the exclusive rights to broadcast the final to the pay-TV broadcaster‚ SuperSport.

The SABC said the agreement between Caf and SuperSport is “wrong”‚ or flawed‚ as it denies free-to-air viewing of an historic event to the broader public.

“The agreement between Caf and SuperSport is wrong as it places this showpiece of African club football behind a paywall‚ effectively denying millions of South African football fans the opportunity to watch the game.

“The SABC had always intended to broadcast this historic match given the massive support Kaizer Chiefs enjoys in South Africa and acknowledging that this is the club’s first Caf Champions League Final.

“The public broadcaster therefore engaged in good faith negotiations with Caf but for some reason Caf withheld information about their exclusive deal with the pay-TV broadcaster until yesterday [Thursday].

“Considering the difficult conditions in the country and the cohesive power of sport‚ the SABC has made every reasonable effort to ensure that the match would be accessible to all South Africans via our free-to-air channels.”

SABC added that they tried to reach out to the leadership of Caf to explain that selling the rights exclusively to SuperSport was not in the interest of the South African public.

“It simply cannot be in the public interest for Caf and SuperSport to contractually exclude millions of non-pay-TV subscribers from watching this game. Furthermore‚ it is disreputable for a pay-TV broadcaster to acquire free-to-air rights with the intention of blocking free-to-air broadcasters from using those rights‚” the SABC’s statement read.

“At a time when economic exclusion is the biggest issue facing South Africa‚ not only does this deal between Caf and SuperSport perpetuate the divide in our society but it shows scant regard for the issues facing our people.

“The failure of Icasa’s Sports Rights regulations to deal with this situation means the public broadcaster has no recourse to the regulator, even though broadcasting the Caf Champions League final – involving one of SA’s biggest clubs – is clearly part of SABC’s public mandate.

“This is a very sad day for Kaizer Chiefs fans and all football lovers in South Africa when Caf‚ the custodian of the people’s game on the African continent‚ agrees to exclude millions of people who cannot afford pay-TV.

“Despite this unfortunate outcome‚ the SABC remains committed to bringing big sporting events to all South Africans.”

Kaizer Chiefs’ new sporting director Kaizer Motaung Junior has said that the Caf Champions League final in Morocco can be a beginning for the club in ...
Sport
11 months ago

SuperSport has confirmed it will broadcast the highly anticipated Caf Champions League final between Kaizer Chiefs and Al Ahly at the Mohammed V ...
Sport
11 months ago

The heat is on: underdog tag may suit Chiefs in Champs League final

Springbok assistant coach Stick and Sharks centre Lukhanyo Am back Kaizer Chiefs: 'I am a Khosi 4 Life'