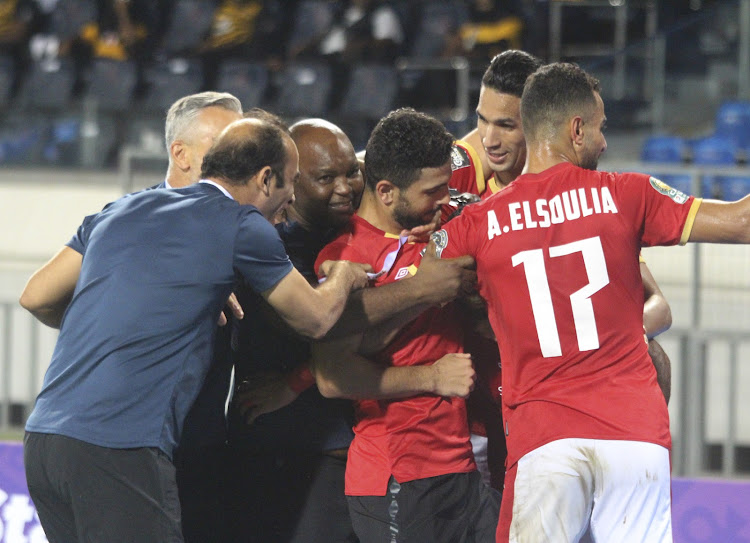 Mosimane said‚ while the win was important for Ahly as they defended their title and lifted the trophy for a historic 10th time‚ he did feel a touch of regret that it came against the team of his country‚ and who he had supported as a child.

Mosimane said he had always been close to Chiefs‚ as his uncle‚ Gabriel “Tikkie” Khoza‚ played for the team.

“I feel conflicted because I played the team from my country‚ firstly. Secondly, I played against the team that I supported as a youngster‚” the former Mamelodi Sundowns boss‚ who became the second-placed coach in Champions winners’ medals with a third title‚ said.

“My history with Kaizer Chiefs as a youngster has been big because my uncle played for Chiefs. Doctor Khumalo’s dad [Eliakim ‘Pro’ Khumalo] used to take me in his kombi to the games and training sessions as Chiefs.

“I grew up on the same street as the chairman of Chiefs‚ Kaizer Motaung. I used to stop him on the road when we were playing football‚ in his [Ford] Mustang. So there’s a lot of history and respect also for the team.

“But‚ ja‚ I think they have done well. If I was Kaizer Chiefs I would be very proud of the team because look where they have arrived. And nobody just arrives in the Champions League final — it’s not easy.

“So Hamdullah [praise to God] they came and we won the trophy.”

Chiefs held their own in the first half but had attacker Happy Mashiane sent off in added time for a rash challenge on Akram Tawfik. Ten-man Chiefs were easily outgunned in the second half.

South Africa have confirmed three positive Covid-19 cases in their soccer squad for the Olympic Games in Tokyo, including players Thabiso Monyane and ...
Sport
1 year ago

Bafana Bafana have earned the right to smile again after the long-suffering national side beat Senegal on penalties to win the 2021 Cosafa Cup at a ...
Sport
1 year ago

Pitso Mosimane has been embroiled in a tense standoff with his former club for months.
Sport
1 year ago

"Before we roast Kaizer Chiefs, let us congratulate them for making it this far in the competition," wrote one fan.
Sport
1 year ago