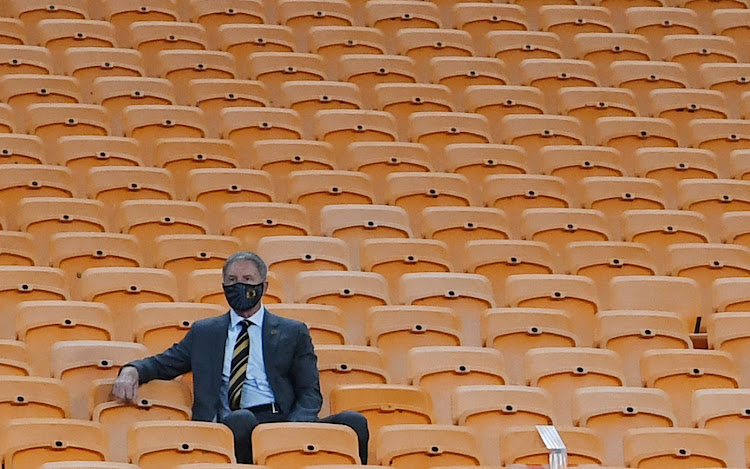 Their 3-0 defeat in the Caf Champions League final against Al Ahly on Saturday was a reminder for Kaizer Chiefs that they have much work to do rebuilding the club into a competitive outfit, new head coach Stuart Baxter has said.

He said the lateness of the Covid-19-delayed final also can create some challenges for Chiefs in their rebuilding process as it has eaten so far into their preseason for the 2021-22 season.

Baxter took charge of his first match on the bench, as his work permit had arrived, in the final at Stade Mohamed V in Casablanca since his return as head coach a month ago to the team he steered to league and cup doubles in 2012-13 and 2014-15.

He said Amakhosi need to take encouragement from reaching their first Champions League final and that they have potential in their existing squad. He said the scoreline against Ahly is a reminder that a gulf in class remains with the best on the continent.

“The problem we’ve got is that we’ve had such a good run in Caf we don’t have a lot of time to prepare even if we do get new players in. So it’s a bit of a conundrum for us now.

“How many [signings] do you bring in, and how quickly can you do it, and how much time do you have to turn that into a fighting unit?

“This is, as we’ve seen with the Caf results, going to be a work in progress for a while. So we need to get back to the drawing board very quickly, take heart from the fact that we’ve done so well in Caf, but realise that we’ve got a little bit to go, because there is a gap between the absolute best and where we are at the moment.”

Chiefs held their own in the first half in Casablanca but, after attacker Happy Mashiane was sent off in first-half added time for a rash challenge on Akram Tawfik, Amakhosi were easily outgunned in the second 45 minutes.

Kaizer Chiefs chairman Kaizer Motaung has issued a message of encouragement to Happy Mashiane after he was red carded in the dying stages of the ...
Sport
10 months ago

Al Ahly coach Pitso Mosimane admitted conflicting emotions having steered his team to their Decima with a convincing 3-0 win against 10-man Kaizer ...
Sport
10 months ago