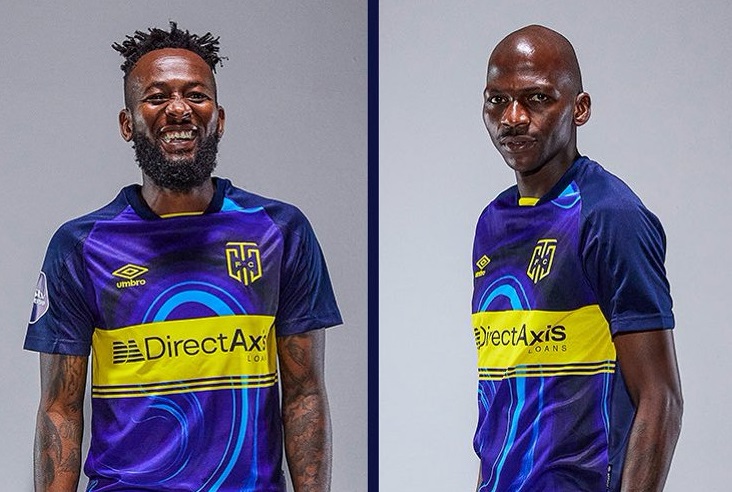 DirectAxis, an authorised financial services and registered credit provider, had been City’s sleeve sponsor from 2019.

The company replaces SportPesa as the Cape club’s shirt sponsor, after the online betting firm’s four-year contract came to an end at the close of the 2020-21 season.

City said in a press release: “Over the last three seasons, DirectAxis has been on the sleeve of the club’s kits, through a groundbreaking sponsorship that has uplifted the club’s capability for financial education and empowerment of its players and communities alike.

“DirectAxis have taken the next big step in furthering their investment in South Africa football, becoming Cape Town City FC’s official title sponsor for the 2021-22 season. Now, DirectAxis can take its rightful place, on the front of the club’s iconic blue & gold jersey.”

City chairman John Comitis said: “To have a brand with the pedigree of DirectAxis, under the FirstRand group, further backing Cape Town City Football Club indicates that our companies are aligned in terms of our ethos and the support we can provide the public through this partnership.

“We are extremely proud and honoured to have such a massive SA company backing Cape Town City FC.”

Cape Town City chairman John Comitis has denied Thabo Nodada and Taariq Fielies will be the next two signing announcements made by Kaizer Chiefs.
Sport
1 year ago

Stuart Baxter is going to “change Kaizer Chiefs”‚ make them competitive and in all likelihood have them challenging for the DStv Premiership in ...
Sport
1 year ago

SuperSport United’s star midfield duo of Sipho Mbule and Teboho Mokoena will regain their focus in 2021-22‚ the club’s coach Kaitano Tembo said amid ...
Sport
1 year ago