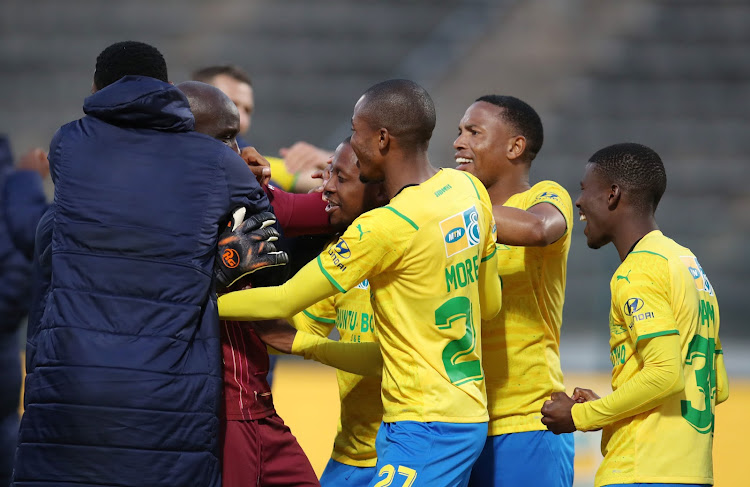 The draw was conducted after the Cape Town City and AmaZulu second quarter-final match on Sunday where the Mother City club scored late to win and set up a semi-final showdown against Swallows.

The Premier Soccer League (PSL) season officially got underway on Saturday afternoon with Arrows winning a penalty shootout over SuperSport United to secure the first semi-final spot in Clermont.

Swallows dispatched Orlando Pirates 2-1 in the Soweto derby to secure the second semi-final berth of the R8m cup competition at Orlando Stadium in Saturday’s late game.

Kaizer Chiefs came from a two goals down to draw 2-2 with Sundowns in regulation time before Kennedy Mweene saved four of Amakhosi’s penalties to send the Brazilians into the finals in Sunday’s first double header.

Tshegofatso Mashego’s early goal was cancelled out by Lehlohonolo Majoro’s strike before Mduduzi Mdantsane pounced late for the winning goal that set up City’s semi-final date with Swallows.

Sundowns have never won this competition and will be looking to put one foot in the final when they host Arrows, the 2009/10 winners, in the semis, the dates of which are yet to be confirmed.

City, champions three years ago, will do battle against Swallows in their bid for a second MTN8 crown.

Sundowns, who were stretched as they had to play 120 minutes before a penalty shootout win over Chiefs, will resume the defence of their DStv Premiership title on Friday at home against AmaZulu at Loftus on Friday while Arrows welcome KwaZulu-Natal rivals Maritzburg United at Princess Magogo Stadium the following day.

City will open their Premiership campaign with a home clash against SuperSport while Swallows will entertain sold Bloemfontein Celtic on Sunday and Chiefs taking on TS Galaxy in the late afternoon kickoff on the same day.

Managing partner at Playmakers Seishane Leshaba chats with our host BBK on this week’s episode of SportsLIVE with BBK.
Sport
5 months ago

Bloemfontein Celtic, famously one of the best-supported clubs in the DStv Premiership, are to join those relegated to the scrap pile when an official ...
Sport
5 months ago

Bruno Fernandes scored a hat-trick in front of a raucous Old Trafford as Manchester United thrashed Leeds United 5-1 to get their Premier League ...
Sport
5 months ago

Chelsea, Manchester United and Liverpool all served notice of their title intentions with crushing wins as the Premier League enjoyed a return to its ...
Sport
5 months ago

Royal AM have confirmed they are in the process of purchasing the Premier Division franchise of Bloemfontein Celtic.
Sport
5 months ago