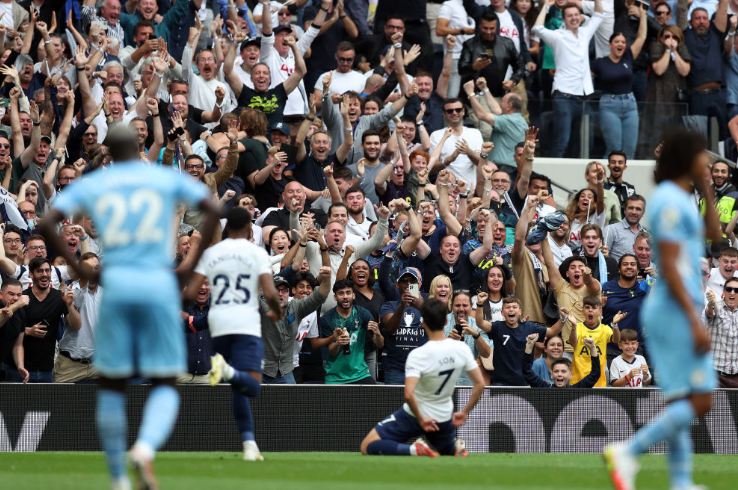 Manchester City manager Pep Guardiola said his side were not clinical enough in their 1-0 defeat at Tottenham Hotspur on Sunday but insisted he was "delighted" with the attacking options in his squad.

A second-half goal from Son Heung-min meant reigning champions City fell to a surprise defeat as they began the defence of their league crown with an under-par display.

City and Guardiola have now lost all four of their games at Tottenham's new stadium without scoring, including three in the Premier League.

"In general, we showed a good spirit and good intention and we arrived in the final third many times, but we could not be clinical enough.

"We have the same players as last season. I'm so delighted with the same guys who scored a lot of goals. We are good enough to create chances and score goals - we will do it."

"We are one against one a lot. But in the end we could not dribble, shoot and score goals. But the way we started showed me the team is there."

Guardiola's side will host Norwich City on Saturday.

Bloemfontein Celtic, famously one of the best-supported clubs in the DStv Premiership, are to join those relegated to the scrap pile when an official ...
Sport
5 months ago

Bruno Fernandes scored a hat-trick in front of a raucous Old Trafford as Manchester United thrashed Leeds United 5-1 to get their Premier League ...
Sport
5 months ago

Chelsea, Manchester United and Liverpool all served notice of their title intentions with crushing wins as the Premier League enjoyed a return to its ...
Sport
5 months ago

Managing partner at Playmakers Seishane Leshaba chats with our host BBK on this week’s episode of SportsLIVE with BBK.
Sport
5 months ago

Royal AM have confirmed they are in the process of purchasing the Premier Division franchise of Bloemfontein Celtic.
Sport
5 months ago

Arsenal fans are not alone in their disappointment at the north London team's woeful start to the Premier League after the president of Rwanda, the ...
News
5 months ago