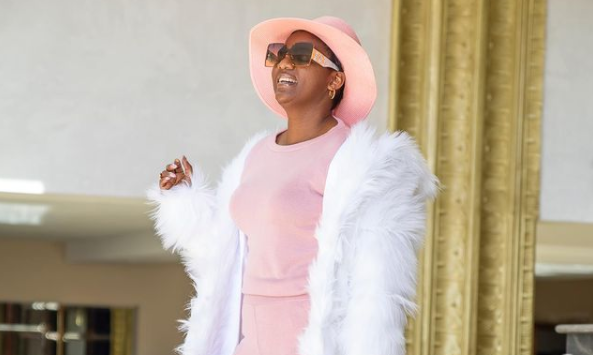 Fans have weighed in on businesswoman and reality TV star Shauwn “MaMkhize” Mkhize buying Bloemfontein Celtics, ensuring her team a place in this year’s DStv Premiership.

TimesLIVE reported the sale of the Premier Division status of Bloemfontein Celtic to Royal AM was approved, with Celtic players travelling to Pietermartitzburg to undergo fresh trials for their place in the new team.

The purchase comes amid a lengthy legal battle over Royal’s bid to be reinstated champions of the GladAfrica Championship. The dispute came after an arbitration award of three points to Sekhukhune United, who won the NFD and automatic promotion to the Premiership.

Royal AM will kick off their league campaign against Swallows FC in Soweto on Sunday.

TimesLIVE ran a poll this week asking readers what they thought of the deal.

Most (61%) readers said MaMkhize knows what she wants and we should not judge her for it, while 39% said she was “killing the game”.

The decision also split social media, with many sad about the “end of an era” at Bloemfontein Celtics. Others said MaMkhize had every right to buy the club and were excited to see her team in action.

Mamkhize and Andile of Royal AM are good examples of "money can't buy you class". You don't destroy a 50 year old brand that represents the ambition of millions so you can establish your own family based brand. They have left a bitter taste in people's mouth. They are douchebags. pic.twitter.com/FKN7vc2Pdt

The players were not paid for more than 3months, their Coach was paid R1500 a month. FIFA threatened to take away BFN Celtic status

MaMkhize is a wealthy black woman, that's why people feel threatened by her present. It is not hate but envy. Wits changed a name to TTM, Black Aces to Cape Town City, but now it's a problem for Bloemfontein Celtic to Royal AM? No, it's no. MaMkhize is a problem. pic.twitter.com/KEaGrHUhGV

MamKhize's sin is taking an opportunity of getting Royal AM in the PSL when it presented itself. She is now blamed for destroying Celtics legacy, which is all Max Tshabalala's fault.

We are people of Gucci. Fake or not.💀 pic.twitter.com/u7ae1yp3xn

It's nice being rich and powerful like Mamkhize, you just get whatever you want nje, kuvele kwenzeke.

Not Mamkhize's haters claiming that they were Bloem Celtic fans 😹.

Those who wanted Bloemfontein Celtics to stay in Bloemfontein should have bought it and kept it there....thina ke we are people of MaMkhize! pic.twitter.com/YatkMsb2Hh

If Mamkhize has a passion for football I believe she can make Royal AM a PSL giant. But if the intention is instant profit then she’s up for disappointment. Football is business, but the profit is not as most of us expect. You’d be shocked that most clubs actually run at a loss.

So MaMkhize's haters are angry at her for buying Celtics. Yazi nizoba strong. 🤣🤣🤣🤣🤣🤣🤣🤣🤣🤣🤣🤣🤣🤣
Royal AM pic.twitter.com/7SLM6gGDRh

The future is uncertain for over 30 players and technical staff members who were with Royal AM in the GladAfrica Championship last season.
Sport
11 months ago

WATCH | ‘How much money does she have kante?’ — SA wonders as MaMkhize celebrates PSL buy in style

The sale of the Premier Division status of Bloemfontein Celtic to Royal AM has been approved, according to a letter sent by the Premier Soccer League ...
Sport
11 months ago

Royal AM have confirmed they are in the process of purchasing the Premier Division franchise of Bloemfontein Celtic.
Sport
11 months ago

Moves are being made for Royal AM to buy the Premier Division status of Bloemfontein Celtic, a source with knowledge of the matter has said.
Sport
1 year ago