‘A meritocracy’: Mokwena on why Sundowns played same XI that beat Chiefs against AmaZulu 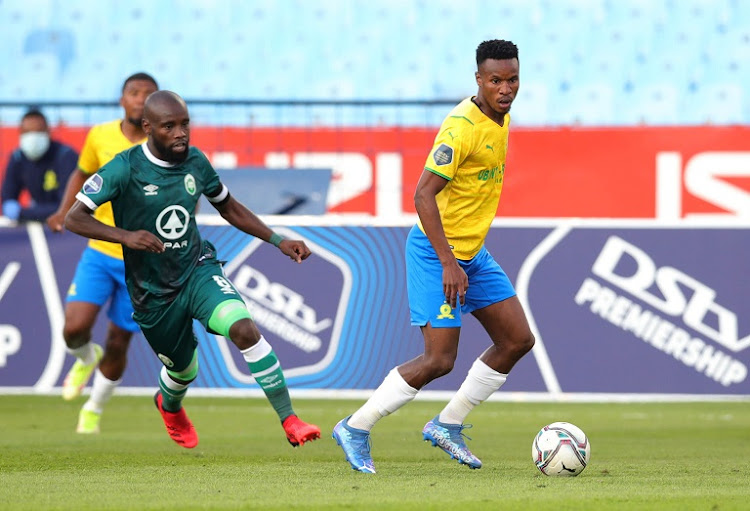 Mamelodi Sundowns coach Rulani Mokwena has explained that they kept the same team that dumped Kaizer Chiefs out of the MTN8 last weekend for the 1-0 league win over AmaZulu on Friday on “meritocracy”.

The Brazilians coaching trio of Manqoba Mngqithi, Steve Komphela and Rulani Mokwena made no changes to the team that started against Chiefs and were rewarded with an opening win of the season.

“It was just meritocracy,” Mokwena explained after the match.

“We were happy with the performance against Kaizer Chiefs, particularly in the first 35 minutes, and we knew we had to improve based on that performance. We felt a bit that making too many changes will disturb the momentum and the base we created against Chiefs.

“We wanted to work on the cohesion, which is always the primary goal, on our passing and our movements that will help us win football matches for a big club like Sundowns. This gives us confidence and momentum to try and continue with our work.

“We wanted to play the best-performing players at training and on match day.”

“It was a big fight from our players because we have to win football matches. It is still early in the season and we are still trying to sort out certain dynamics within our performance and while we are trying to do that we have to win matches. Congratulations to the players for winning a very important match.”

AmaZulu coach Benni McCarthy was gracious in defeat, saying they lost to defending champions who were better on the day.

“It is disappointing on our side. This is definitely not the result that we came here for or we wanted, but at the end of the day we were up against champions,” McCarthy said.

“People might excuse us for being a bit nervous in the first half and conceding in the manner that we did with a soft penalty with three minutes to half time, which was a tough pill to swallow.

“Once we found our footing in the second half, we started being ourselves and we pressed them high. When the pressure game started going according to plan we created opportunities, but unfortunately we weren’t as sharp as we wanted to be.”

Chiefs coach Stuart Baxter has acknowledged that the frontline centreback pairing of Daniel Cardoso and Erick Mathoho have not been at their best for ...
Sport
10 months ago

The PSL is yet to finalise plans to bring back fans and all media at football stadiums, the league’s chair Irvin Khoza said on Tuesday.
Sport
10 months ago