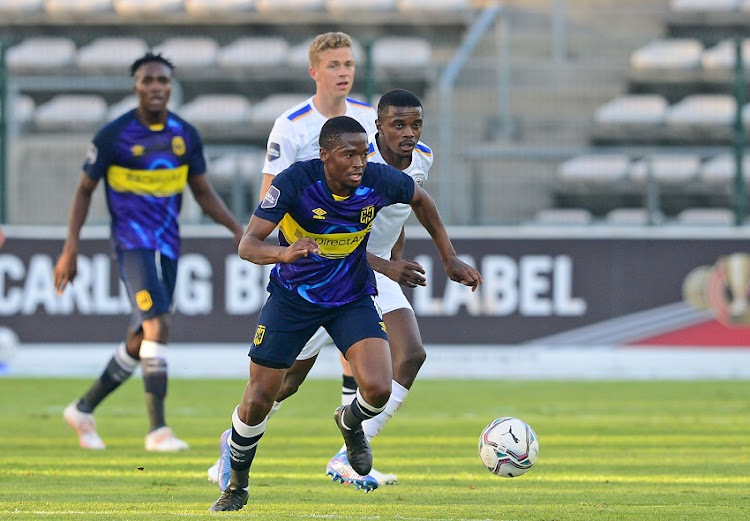 Cape Town City and SuperSport United played to an uninspiring 0-0 draw in their first DStv Premiership league game of the season at the Cape Town Stadium on Saturday evening.

There is a short turnaround of matches in the league and United will be looking to register their first win of the season when they host Golden Arrows on Tuesday at Lucas Moripe Stadium.

On the other hand, City, who beat AmaZulu 2-1 in the MTN8 quarterfinals last weekend, will be out for a similar mission when they visit Royal AM at the Chatsworth Stadium the following day.

There was not much to write home about in the first half with not enough clear-cut chances created by both teams as most of the play was in midfield.

For City, some of their few chances in the opening half were created by attackers Abbubaker Mobara, Terrence Mashego, Katlego Mokhuoane, Mduduzi Mdantsane, Surprise Ralani and Khanyisa Mayo.

Early in the second half, Marques had to be at his very best to deny Grobler, who tested him with thunderous shots in quick succession from outside the penalty box as SuperSport went in search of the opening goal.

As the match wore on in the second half, City and United continued to attack each other but could not find an opening as coaches Eric Tinkler and Kaitano Tembo had to settle for a share of the spoils.

In the other match played late Saturday afternoon, Baroka started the season with an impressive 2-0 win over Marumo Gallants at the Peter Mokaba Stadium in Polokwane.

The win was secured with first-half goals by Manuel Kambala and Evidence Makgopa, who played for SA U-23 team at the Olympic Games in Tokyo earlier in the month.

As Orlando Pirates embarked on life post-Josef Zinnbauer, being reduced to 10 men for most of their 2021-22 DStv Premiership opener against ...
Sport
8 months ago

It should not be a surprise that Kaizer Chiefs have started 2021-22 at times patchily, coach Stuart Baxter has said as his team prepare to kick off ...
Sport
8 months ago