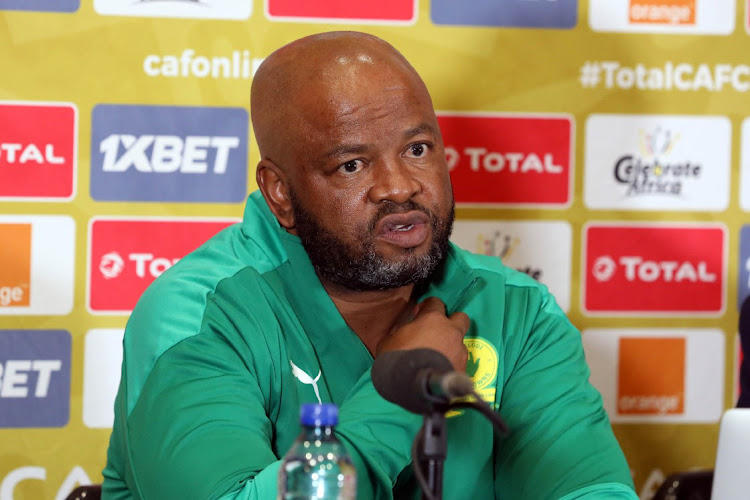 Mamelodi Sundowns coach Manqoba Mngqithi was not happy with his team's performance in the 0-0 draw with Chippa.
Image: Veli Nhlapo

The unavailability of key players Mosa Lebusa and Themba Zwane was felt by Mamelodi Sundowns during their goalless DStv Premiership draw against Chippa United on Tuesday.

In a match that coach Manqoba Mngqithi conceded was two points dropped rather than the one they gained, the defending champions were left frustrated by the gutsy Chippa side coached by wily Gavin Hunt.

“But as much we missed Mosa at the back, one must add that Grant Kekana played very well in that position. In fact, our centre-backs never gave any headaches to us, it’s just that we were never incisive enough offensively.”

Asked about their general performance in a match where they hardly troubled Chippa goalkeeper Isima Watenga, Mngqithi said they did not apply themselves according to expectations.

“We never forced situations, we never forced combination play, one-on-one situations or having been more adventurous. Thabiso Lebitso of Chippa will try to go forward even when situations did not allow him, he was only alone in that space, but he was forcing [things] to say I want to try to get inside and put the ball into the box.

“For me it’s two points dropped because we did not apply ourselves the way we were expected in this match. We knew Gavin Hunt will be very stubborn, we knew the shape they were going to play with, we knew he was going to have three centre-backs and wingbacks, and a five across to frustrate us.

“Our performance was very cautious in the first half, we lacked incision, we didn’t dribble and we did not force the opponents to face their goals. From our wingbacks, one would have expected more one-on-one situations, making combinations to try and get behind them and put crosses.

“We did not get that and for me it was disappointing because in a game like this you expect your team to put the best foot forward. We took the cautious side of the game, not wanting to lose possession more than forcing the game, maybe creating more transitions and counter press, because at times in football if you try to force yourself in and lose possession, opponents that like to counter-attack start to open for you.

Hunt, on the other hand, was happy.

“I thought there was no danger, we had to do what we had to do. Obviously it was important to play a little bit on the turnover and we won it a couple of times in the first half with two great chances," he said.

“I don’t think our keeper made a save against the best team in the country. As I keep on saying and everyone keeps on saying, they have the best looking girlfriend but it’s not about how they look like.

“We need to do our own thing and we are not competing with them. For a club this size, the point was crucial and every point is crucial. You know we take it every game at a time.”