Long way to go, but bright start for brave new Bafana era is a boost for Broos 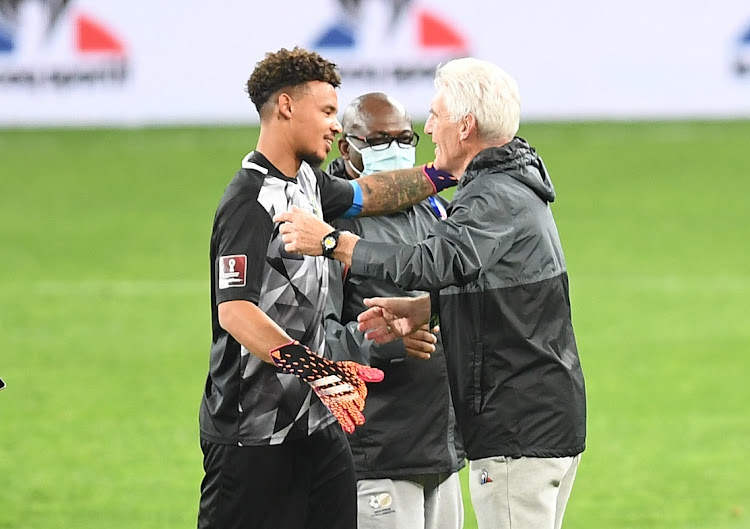 Hugo Broos thought Bafana Bafana might get a win away against Zimbabwe then draw at home against Ghana, but that the Bafana Bafana coach’s young guns did it the other way around perhaps represents an even better turn of events.

Broos, selected a squad for his first two matches — pressure 2022 World Cup qualifiers — that was perhaps the most adventurous in youthful composition seen by a Bafana head coach for games at such a level.

The closest any previous Bafana coach came was when Shakes Mashaba qualified for the 2015 Africa Cup of Nations with a number of SA Under-20 internationals in his squad, but even he did not drop key senior performers the way Broos did.

The Belgian, who won the 2017 Nations Cup with a young Cameroon, left out a number of senior performers based on age, including captain Thulani Hlatshwayo, Mamelodi Sundowns’ attacking fulcrum Themba Zwane, and Amiens midfielder Bongani Zungu.

The understandably patchy start with a 0-0 draw against Zimbabwe in Harare on Friday, then Monday evening’s shock of a weakened Ghana at FNB Stadium was close to the best start Broos’s young squad might have hoped for.

“I’m very proud and happy of what I saw on the pitch from my team,” the coach said afterwards.

“We made big progress in one week. When I saw my team playing in Zimbabwe there was no confidence, no determination, no belief in themselves.

“What I saw [on Monday] was a team with confidence. I saw a team play a very good game. There was determination, there was the will to win, there was discipline, and that’s what I like.

“So we have four points from six now. A few days ago I said when we had four from six I would be very happy.

“I thought we could win in Zimbabwe and play a draw against Ghana. But it’s the contrary, and I’m not unhappy about that.

“And we will see if we can go on like this and make progress, like we did in this week. We will see where we will end at the end of the race.”

Had SA beaten Zimbabwe and drawn against Ghana, that also would have been a decent start for Bafana. But, given the Black Stars’ opening 1-0 home win against Ethiopia, that scenario would not have left Bafana top of Group A, as they are currently on four points to Ghana’s three.

Bafana Bafana made heavy weather of disposing of Ghana and needed a late lone strike from Bongukuhle Hlongwane to finally ease past the West Africans ...
Sport
11 months ago

And a first competitive win against Ghana in 21 years since SA’s 1-0 2000 Nations Cup quarterfinal victory against the co-hosts in Kumasi is a far bigger confidence boost for Bafana, and also took points off arguably the strongest combination in the group.

Broos was pleased, too, at the young Bafana’s two clean sheets.

“It’s very important to have a clean sheet, because then you already have one point,” he said.

“But that doesn’t mean that you have to play defensively. Good organisation and discipline is very important, and we did it today, and also maybe a little less in Zimbabwe.

“But today there was a lot of defensive discipline when we lost the ball. It’s what we asked the players to do.

“So you have a clean sheet, you score the goal and then you win.”

A long road lies ahead, not just in the Qatar World Cup qualifiers, where a penultimate playoff round awaits even if Bafana win Group A, but also in Broos’ rebuilding effort. A bright start, though, helps that cause considerably as it will gain much early buy-in from the SA public for the coach’s youth-emphasis approach.

"We are Bafana Bafana, bring on Europe," wrote one fan hilariously.
Sport
11 months ago

Bafana Bafana intend to take the fight to Ghana when they host the West Africans in a crucial 2022 World Cup qualifier at FNB Stadium on Monday.
Sport
11 months ago

Bafana Bafana striker Percy Tau expects Ghana to have their tails up when the West Africans visit FNB Stadium in a 2022 World Cup qualifier on Monday ...
Sport
11 months ago

It was a case of the more things change the more they stay the same for Bafana Bafana when the chances they created were not converted as Hugo ...
Sport
11 months ago