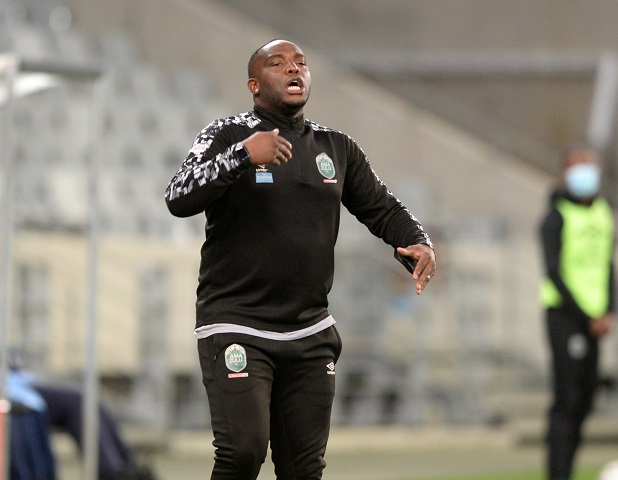 “It was a horror show for me.” That’s how Benni McCarthy described AmaZulu's 1-0 loss against Malawian outfit Nyasa Big Bullets in the first leg of Caf Champions League first round at the Moses Mabhida Stadium in Durban on Friday.

It was certainly not how the Usuthu coach had wanted to see his side make its debut in Africa’s premier club competition and he was clearly not satisfied with the effort made by his charges. McCarthy also admitted he was disappointed that the club didn’t sign a striker to bolster his team in the off-season.

“We were nowhere close to our best,” McCarthy reacted after Usuthu failed to recover from Chiukepo Msowoya’s 26th-minute strike, even playing more than 50 minutes with a one-man advantage after Yamikani Fodya was red-carded for a dangerous foul on Thabo Qalinge towards the end of the first half.

“When you play the way we did and you don’t have a desire to score goals you won’t have a chance,” McCarthy said.

“You look at the opposition, they did nothing in the game. They played to their strength and played for free-kicks and they put the ball in the blocks and used their physicality, and then, ja, they got away with one (goal).”

McCarthy had high hopes for his side ahead of the match, speaking about the club’s wish to follow in the footsteps of Kaizer Chiefs who went all the way to the Champions League final last season.

“I can’t really sum the game up because it was difficult to watch and difficult to accept what was happening out there. You create the chances we did and we failed to score,” he added.

“Maybe if you get a chance to speak to the players who were on the pitch they’ll give you a better idea of what they think went on out there.

“But I just think that was a horror show for me to watch, especially a lack of desire that we showed out there. When you get those chances and you play in that manner and then you go 10 vs 11 and still nothing. So ja, I think the players will have to take a hard look at themselves.”

AmaZulu face an uphill battle progressing past the opening hurdle of their maiden Caf Champions League campaign after suffering a 1-0 defeat in the ...
Sport
9 months ago

“For me, I think it was a disastrous game. Now we have to go to the jungle (for the away leg), we have to go to a very difficult place looking to win away from home, which not many teams have done. But now we’re asking that of ourselves, so we’ll just prepare for that now.”

The Usuthu coach said there was nothing positive he could take from the Big Bullets defeat as his team had a number of chances to cancel out Msowoya's early goal, but squandered them.

“I think some of our players thought it was an easy day in the park today. You could see the lack of enthusiasm, lack of desire of wanting to do things and wanting to score goals,” he said.

“There was nothing from our front players. As good as it looked from the outside, that we played nice and we moved the ball well, you can’t create the number of chances that we got and fail to score a single goal.

“This team (Big Bullets) creates absolutely nothing. One long ball and then they win the game. 'How’s that possible?' you ask yourself? Is it the injustice of football? It’s not, it's injustice.

“It’s just that when they get a chance they stick it at the back of the net and that’s why in SA we keep crying that we don’t have people who want to score goals. It’s because our players simply don’t want to take that responsibility.

“They don’t want to take that and say ‘I’m the guy that wants to score goals.’ We need 15 chances but I think today we created more than 20 chances and we were still on the losing side. How do you explain that?

“There are no positives that I can take from this (game). When we go for the second leg and we must go and fight better than we did here today at home.”

Benni McCarthy says he doesn’t need to be inspired by anyone, including a Bafana Bafana coach, to start believing in young players.
Sport
9 months ago

AmaZulu FC coach Benni McCarthy believes a bit flair mixed with speed and lot of movements will make it easy for them to beat Malawian side Nyasa ...
Sport
9 months ago

New AmaZulu midfielder Pule Ekstein is keen to see the side performing well when they make their debut in the Caf Champions League this week.
Sport
9 months ago