Davids reveals how Pirates coaches' plan came together against Swallows 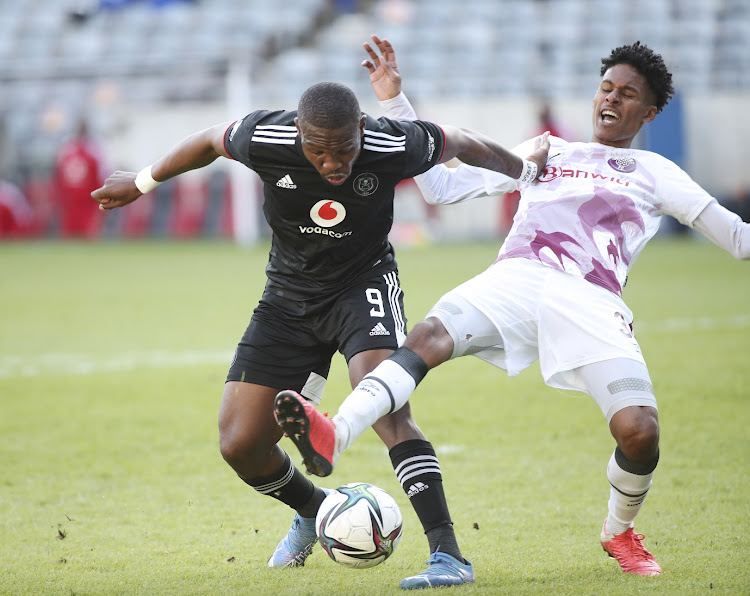 Orlando Pirates coach Fadlu Davids revealed after Saturday's 1-0 DStv Premiership win against Swallows FC that Bucs' technical team anticipated counterpart Brandon Truter's substitutions, and this would allow them a chance for an impact change of their own.

Davids said he and co-coach Mandla Ncikazi had identified ahead of their team's opening win of 2021-22 in the original Soweto derby at Orlando Stadium that Truter tends to make a double substitution of his wingers in the second half, and this leads to a game opening up.

True to their research, Truter replaced ineffective Monnapule Saleng and Dillon Solomons in the 58th minute with Keletso Makgalwa and King Ndlovu.

A minute later Davids and Ncikazi brought on Tshegofatso Mabasa for Deon Hotto, and the big striker provided a focal point to Bucs' attack and duly headed in a 78th-minute winner.

Davids admitted a first win in their third match as co-caretaker coaches relieved some pressure on himself and Ncikazi.

“In every match you play you have that pressure as a coach. We knew we needed the three points, but more importantly we needed the performance,” he said.

“It's a process in terms of the point at which the squad is in. You lose a coach [Josef Zinnbauer left after two games in 2021-22] and you have to stabilise, you have to look at what was good in the past and what the priorities are to fix and improve upon.

“Yes, the goal came late. But we knew Swallows have a trend where they bring on two wingers in the second half, and that opens up the game.

Davids said it was the manner in which Pirates stuck to a high-pressing game plan against tough-to-break down Swallows that was most pleasing.

Bucs had to largely grind out their first win of 2021-22, which came four matches into the campaign. They worked hard and stuck to their task of pressing the Birds' organised defence and, while it was not pretty and they did not create multitudes of chances, eventually the breakthrough came.

“I think in we're really pleased with  the match as a whole. To execute the game plan — we know Swallows are a really well-structured team in terms of how they defend and how they attack,” Davids said after substitute Tshegofatso Mabasa's 78th-minute strike secure the win.

“I think credit to the players to have been able to execute what we wanted. In defence, our high press and in attack as well, finding the spaces we identified. Unfortunately not getting more goals. But overall we're very pleased.”

Orlando Pirates have suffered a major blow to their 2021-22 season with star creative forward Thembinkosi Lorch ruled out for the rest of the ...
Sport
4 months ago

Orlando Pirates had to work like a fully loaded dump truck negotiating a steep hill for it, but they finally managed their first win of 2020-21, 1-0 ...
Sport
4 months ago

It goes without saying that a team like Mamelodi Sundowns that dissects opposition with a biologist’s precision will have noticed Kaizer Chiefs' ...
Sport
4 months ago

Both team's coaches agree that a win for Mamelodi Sundowns or Kaizer Chiefs in their DStv Premiership clash at Loftus Versfeld on Sunday is a “a ...
Sport
4 months ago