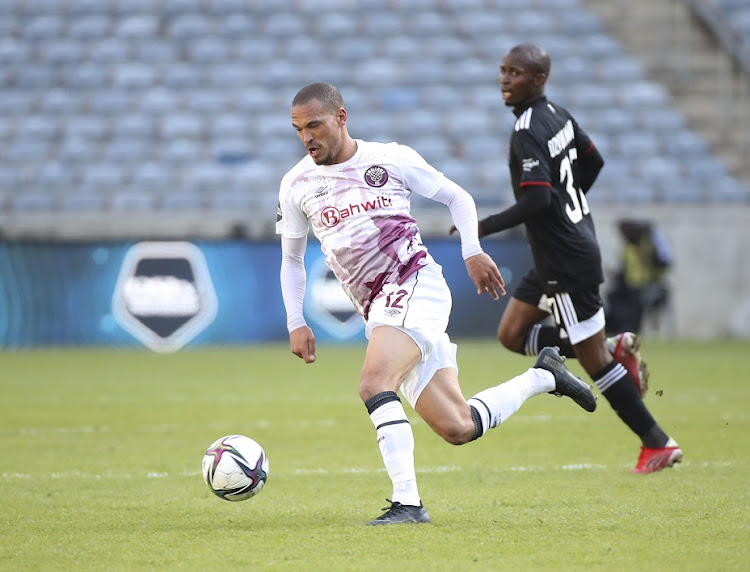 Swallows FC coach Brandon Truter was disappointed in how his attack did not function, and said Orlando Pirates were the hungrier team for their 1-0 DStv Premiership win against the Birds on Saturday.

Truter said he expected more penetration from his three-man attack of wingers Monnapule Saleng and Dillon Solomons and striker Ruzaigh Gamildien in the clash at Orlando Stadium.

“We weren't our normal selves on the basis of our previous matches and stats. Our front three just didn't function. We didn't get much from Solomons and Monnapule,” Truter said.

“King Ndlovu came on and also nothing from him. Yes, hard workers but offensive players should be creating and I felt we didn't create enough.

“We had one or two moments, the same as Pirates, but the difference was they capitalised on theirs and we didn't.

“I wouldn't say a fair result but well done to Pirates for getting the three points.”

Pirates notched their first win of 2021-22 in their fifth match, and first in three for co-caretaker coaches Mandla Ncikazi and Fadlu Davids.

“The difference was that they overloaded their midfield,” Truter said when asked what the difference in Pirates was in the two matches.

“They knew we were going to park our fullbacks inside. They gave us the wings and we didn't get down the wings.

“I think the hunger from Pirates, the will to win, was greater than their previous matches. I think the MTN8 also fuelled that fire in the Pirates camp by wanting to get revenge for that result.

“But we should have been up to it. They wanted it a bit more. That's why I feel my players still have a few minutes or more left in the tank than usual.”

Swallows meet SuperSport United next at Dobsonville Stadium on Sunday.

Orlando Pirates have suffered a major blow to their 2021-22 season with star creative forward Thembinkosi Lorch ruled out for the rest of the ...
Sport
4 months ago

Orlando Pirates had to work like a fully loaded dump truck negotiating a steep hill for it, but they finally managed their first win of 2020-21, 1-0 ...
Sport
4 months ago

Swallows FC coach Brandon Truter will ask his charges to be more ruthless in front of goal as he attempts to avoid the Birds – last campaign's ...
Sport
4 months ago

It goes without saying that a team like Mamelodi Sundowns that dissects opposition with a biologist’s precision will have noticed Kaizer Chiefs' ...
Sport
4 months ago

Both team's coaches agree that a win for Mamelodi Sundowns or Kaizer Chiefs in their DStv Premiership clash at Loftus Versfeld on Sunday is a “a ...
Sport
4 months ago