Orlando Pirates come from behind to beat Chippa United 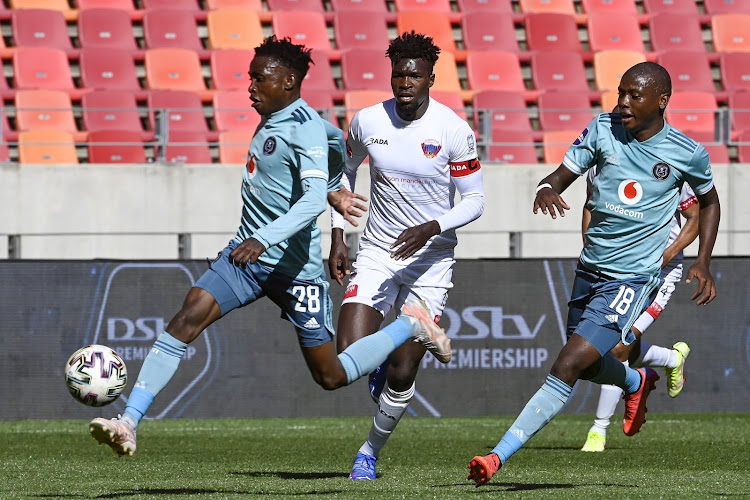 The three points lifted the Orlando Pirates to the top of the table with eight points after four rounds.
Image: TWITTER/PSL

Tshegofatso Mabasa, Goodman Mosele and Abel Mabaso helped Orlando Pirates maintain a promising turn towards form in the DStv Premiership as they collected their second successive success with a 3-1 away victory over Chippa United on Saturday.

After Phakamani Mahlambi gave Chippa the lead in the 12th minute at Nelson Mandela Bay Stadium in Gqeberha Pirates replied though strikes by Mabasa (28th), Mabasa (59th) and Goodman Mosele in the 79th.

The three points lifted the Buccaneers to the top of the table with eight points after four rounds. The Soweto giants, who last won the league title in 2012, have registered two wins and two draws under the cartaker coaching duo of Fadlu Davids and Mandla Ncikazi after head coach Josef Zinnabuer's departure two games into the campaign.

While Davids and Ncikazi will be happy with the two last team goals scored on Saturday via Mabasa and Mosele in the second half, they will still worry about the sloppy manner in which their charges started, allowing Chippa to take an early lead through Mahlambi after the defence failed to close down a simple attack down the right flank.

Bucs continued to show serious frailties at the back where skipper Happy Jele, who celebrated 400 matches for the club last weekend, Thulani Hlatshwayo, Paseka Mako and Abel Mabaso looked in disarray and vulnerable whenever Mahlambi and Thokozani Sekotlong had possession around the area.

Sekotlong was the supplier of the final ball to Mahlambi, who opened the score with Bucs' sluggish defence unable to deal with Chippa’s direct attack.

But Chippa coach Gavin Hunt was disappointed to see his team’s lead cancelled by Mabasa, who was fed by Vincent Pule and finished with aplomb with a great turn inside the area in the 28th minute as Bucs started to dictate terms.

The home side should have gone to the break having regained their lead as Mahlambi had another opportunity to double his tally when he again linked up with Sekotlong. But the winger shot wide despite having plenty of room to place his shot into an empty net.

Bucs’ new-look midfield of Mosele, Ntsako Makhubela, Bandile Shandu and Kabelo Dlamini looked far from compact and lacked synergy at times. They could not keep pace with Chippa’s Siphesihle Mkhize, Mogakolodi Ngele and Sammy Seabi when they were pressing towards Siyabonga Mpontshane’s goal.

Pirates’ bench showed their intention to win this match when they bolstered their attack with Terrence Dzvukamanja at the restart and added Deon Hotto a few minutes later for Dlamini and Makhubela.

The changes inspired Bucs to score two beautiful team goals that were finished inside the area by Mabasa, who took his league tally to three and 21-year-old Mosele, who scored his first goal in Bucs colours since joining the club from Baroka FC in July.