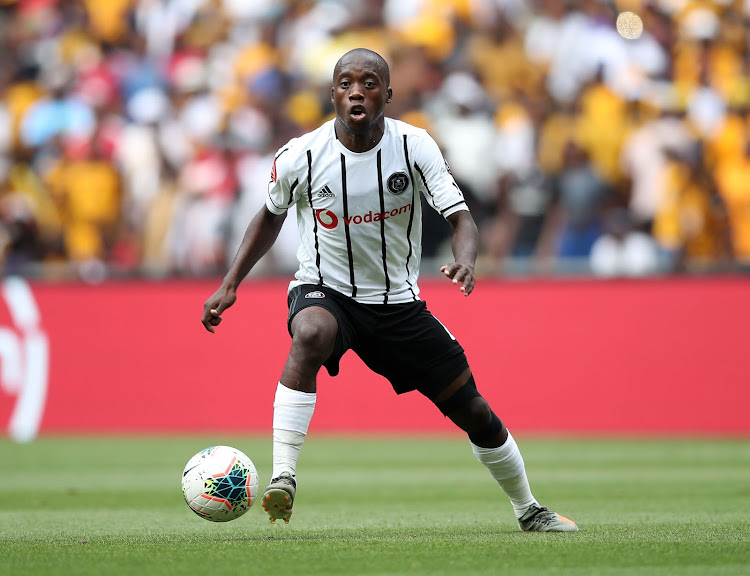 The club said the midfielder was charged by police on Monday, September 20 2021.
Image: Samuel Shivambu/BackpagePix

Orlando Pirates will be without Ben Motshwari for their crunch Premiership encounter against Mamelodi Sundowns in Soweto on Saturday after the club revealed that the midfielder was suspended after he was charged by police on Monday morning.

The 30-year-old Randfontein-born Bafana Bafana player came off the bench and played the last eight minutes as Pirates beat Chippa United 3-1 at the Nelson Mandela Bay Stadium in Gqeberha on Saturday.

“Orlando Pirates Football Club can confirm that it has suspended midfielder Ben Mothswari [sic] after being charged by police this morning. Mr Motshwari will remain suspended, pending an investigation,” Pirates said in a short statement, without elaborating further.

“The matter is subject to a legal process and the club is therefore unable to make further comment until that process is complete.”

The nature of Motshwari’s alleged criminal conduct and the charges against him are not clear.

His criminal case will be a blow for the team’s preparations for their crunch DStv Premiership encounter against champions Mamelodi Sundowns in Soweto on Saturday.

Royal AM coach John Maduka said having a lead enabled his team to tighten up at the back and ramp up the pressure on Kaizer Chiefs as the Durban team ...
Sport
10 months ago

Jose Mourinho suffered his first defeat since returning to coach in Italy as his AS Roma side were beaten 3-2 by Hellas Verona in a thrilling Serie A ...
Sport
10 months ago

Chelsea's dominant second-half performance earned a 3-0 win at Tottenham Hotspur thanks to goals by Thiago Silva, N'Golo Kante and Antonio Rudiger as ...
Sport
10 months ago

Kaizer Chiefs coach Stuart Baxter has said the noise from supporters and the media questioning Njabulo's Ngcobo's absence from the starting XI at ...
Sport
10 months ago