Benson Mhlongo: Pirates might have to settle for a point against Sundowns 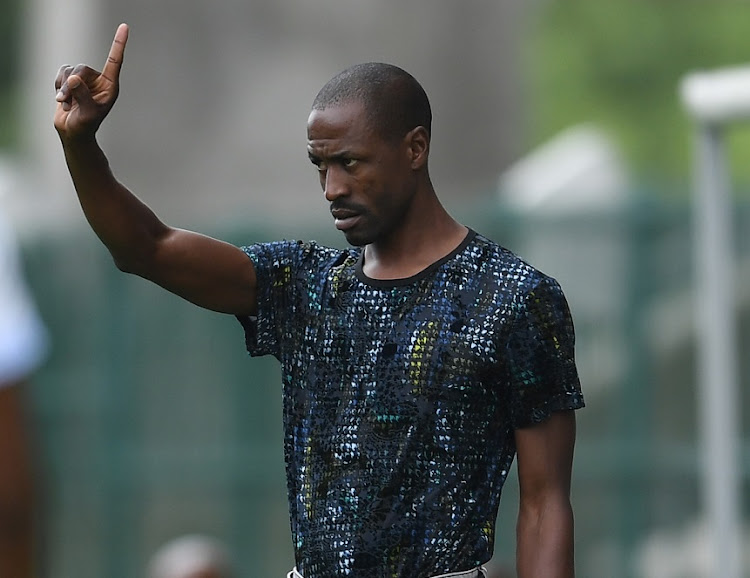 Orlando Pirates need to put an emphasis on accumulating points towards challenging for the league, and might have to settle for a strategic draw rather than go out to try to end Mamelodi Sundowns' dominance over them in Saturday's DStv Premiership matchup.

The Soweto and Pretoria giants meet in a clash at Orlando Stadium on Saturday that is almost always good for fireworks. Sundowns have won five of the teams’ last 11 meetings, and Pirates two.

Ex-Pirates and Sundowns star Mhlongo said Bucs are in a building phase under new caretaker coaches Mandla Ncikazi and Fadlu Davids. He said while the pair have started with two draws followed by two wins - the last of those a 3-1 away against Chippa United - Bucs might need a strategic approach where two points taken off four-time successive champions Sundowns might be considered a form of victory.

“So for Pirates I don't think this game is about ending the dominance of Sundowns, but accumulating points to win the league.

“It's a strategic game where they have to say, 'Do we take three points, or take a draw, and then move forward?'”

Big striker Tshegofatsho Mabasa’s goals have sparked Pirates’ two wins. Having recently returned from injury he came off the bench to head the winner against Swallows FC, then scored the first against Chippa.

“For them to win the way they did against Chippa shows that Mabasa is a terrific striker,” Mhlongo said.

“He's done that at Bloem Celtic and at Pirates. I just hope he gets more of a chance because most of the time he comes off the bench.

“And for Pirates fans it's not to judge these boys in the coming games, but give them time so that they can handle the pressure that comes at Pirates.

“They are in a transition phase — let's give them a chance. The coaches too.

Mamelodi Sundowns coach Manqoba Mngqithi has shown nothing but respect for Orlando Pirates ahead of their crunch DStv Premiership meeting at Orlando ...
Sport
1 month ago

“Steve Komphela is the one who introduced Rulani to professional football [at Platinum Stars]. It's a well-oiled technical team.

“Mandla Ncikazi and Fadlu Davids are working together for a second time, but the pressure is different. They need time.

“I expect them to do well this season, and then only maybe next season from the start they can go for the league.

“Sundowns are the more settled team, Pirates are still building. Pirates should focus on the race and not on ending Sundowns' dominance.

“Once you put pressure on a player to perform especially high for one game he might think it's over and be in a honeymoon and lose the other games.

“So rather go for points. Calculate your points. If you need one point to stay in the race take that point.

Sundowns, the trophy machine of SA football for a decade, have begun 2021-22 notching up results with characteristic precision, winning four and drawing two of six league and cup matches.

There has been confusion on who is the Mamelodi Sundowns captain after Hlompho Kekana officially parted ways with the club last month.
Sport
1 month ago

Rulani Mokwena said Thabiso Kutumela was brought to score goals for Mamelodi Sundowns after the nippy striker struck his first goal for the club.
Sport
1 month ago

Bafana Bafana coach Hugo Broos has beefed up the Orlando Pirates contingent in his preliminary squad for next month’s crucial 2022 World Cup ...
Sport
1 month ago

Swallows FC chair David Mogashoa has confirmed the club’s head coach Brandon Truter is on leave, but said “the coach is definitely coming back”.
Sport
1 month ago