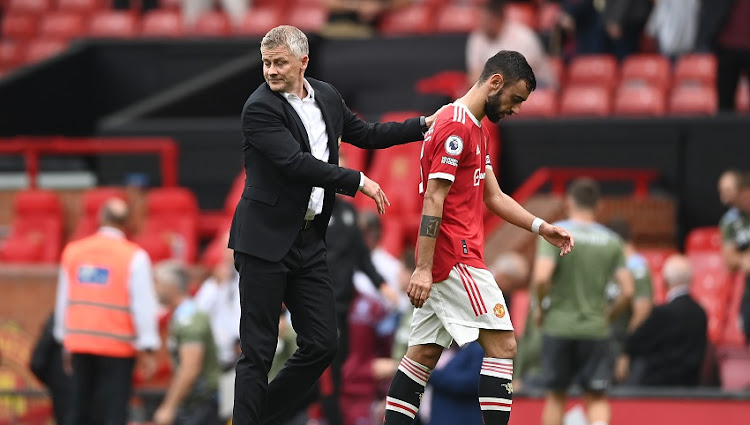 Manchester United manager Ole Gunnar Solskjaer said he was unhappy with the conduct of Aston Villa's players, saying their actions put Bruno Fernandes off as he missed a last-gasp penalty in his side's 1-0 defeat at Old Trafford on Saturday.

The United boss also complained about Kortney Hause's winner in the 88th minute, insisting goalkeeper David de Gea was hindered by an offside Ollie Watkins, but in the cold light of day, Solskjaer can have few complaints about the scoreline.

Fernandes blazed over the bar, missing just his second Premier League penalty from 23 attempts as Hause's header was enough for a first Villa league win at Old Trafford since 2009.

"Bruno has been such a good penalty taker," Solskjaer told reporters. "You would back him with your mortgage. What I did not like to see was the way they crowded the penalty spot and the referee to try to affect Bruno.

"It clearly worked for them but that is not great to see. They achieved what they wanted to.

"That’s football. Bruno will step forward every week but sometimes it does not go your way. It is such a fine line between heaven and hell."

It was unclear as to who would be United's penalty taker this season following Cristiano Ronaldo's return to Old Trafford, but Fernandes did not even look at his compatriot as he grabbed the ball and put it on the spot.

Solskjaer would not be drawn on whether there was any dispute between the pair over who would take the 92nd-minute penalty.

"Cristiano has probably scored more penalties than anyone else in world football," Solskjaer added. "We have two great takers there, it is just a missed opportunity today."

United mustered a total of 28 shots without scoring, last attempting more in a home Premier League game without finding the back of the net in October 2016 against Burnley (38 shots in a goalless draw).

The stats indicate that United were the dominant team, but only four of those attempts were on target, with Villa having the clearer openings.

The visitors should have been two goals in front by halftime, with Matt Targett missing from two metres and Watkins unable to beat De Gea after collecting a poor pass from the United keeper.

After the break, De Gea was forced into another brilliant save to deny Watkins, while Emiliano Martinez in the Villa goal was relatively untroubled, despite all the pressure from a United side boasting a wealth of attacking talent.

"I thought we deserved the win today," Villa manager Dean Smith said. "We caused them problems from set-pieces all game but the biggest thing for me is the bravery we showed coming here and going toe-to-toe with them.

"It (Villa win at Old Trafford) has been a long time coming. Our performance levels have been good the last couple of times we've been here."