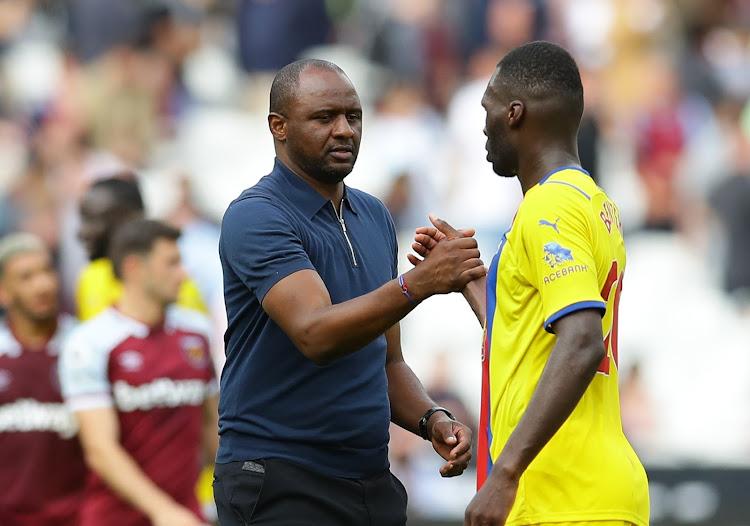 Brighton & Hove Albion manager Graham Potter said Monday's 1-1 draw at Crystal Palace felt like a victory despite his side squandering the chance to move top of the Premier League table.

The south-coast club were trailing to Wilfried Zaha's penalty and seconds from defeat when Neal Maupay dinked home a lobbed leveller with the last kick of the game.

A win would have sent Brighton to the summit of England's top flight for the first time in their history but snatching a draw against their arch-rivals was cause for celebration.

"When you're 1-0 down going into the 96th minute and you score it feels like a win," said Potter, whose side remained in sixth spot with 13 points, one behind leaders Liverpool.

"It's just a point but it's a well-earned point. It was a tight game. Nothing too much in it and we pushed in the second half and it's an amazing feeling to get the equaliser."

Brighton were not at their best, especially early on, but Potter praised his side's spirit to keep going.

"We didn't control that as well as we'd like. But there's a resilience, belief and character there.

"I didn't think it was a one-sided affair. We deserved a point more than Palace did when they won 2-1 last time.

"That's 13 points from six games, a good start but we can improve."

The draw extended Palace's undefeated league run against Brighton to five games but while Potter was happy with a point, Palace manager Patrick Vieira was understandably frustrated that his side's impressive display was not rewarded with a second victory of the season.

"We're really gutted, really disappointed. We knew how difficult it was going to be.

"We played a really good game, we were consistent and conceding a goal in the last kick of the game, it's something that is difficult to accept," he said.

"We have to look at the positives, the way we played against one of the in-form teams in the league, we created chances, we worked hard, this is positive.

"But still not enough to win games and we have to keep working."

Palace have six points from their opening six games and are in 15th place but, after a tricky start, they appear to be settling into the more possession-based style of play that France World Cup winner Vieira demands.

"We are improving. We're getting stronger.

"The first few games we played against Chelsea, Liverpool, West Ham, we managed to create chances.

"We deserve to have more points so far. We're in a good process," he said.

Lionel Messi is expected to play in Paris St Germain's (PSG) Uefa Champions League clash against Manchester City on Tuesday after taking part in a ...
Sport
7 months ago

Manqoba Mngqithi has said Mamelodi Sundowns' MTN8 ambitions have over the years always been sidetracked by more pressing events, such as the Caf ...
Sport
7 months ago

Owen Da Gama has become the first DStv Premiership coaching casualty after he was fired as TS Galaxy coach following a difficult start to their ...
Sport
7 months ago