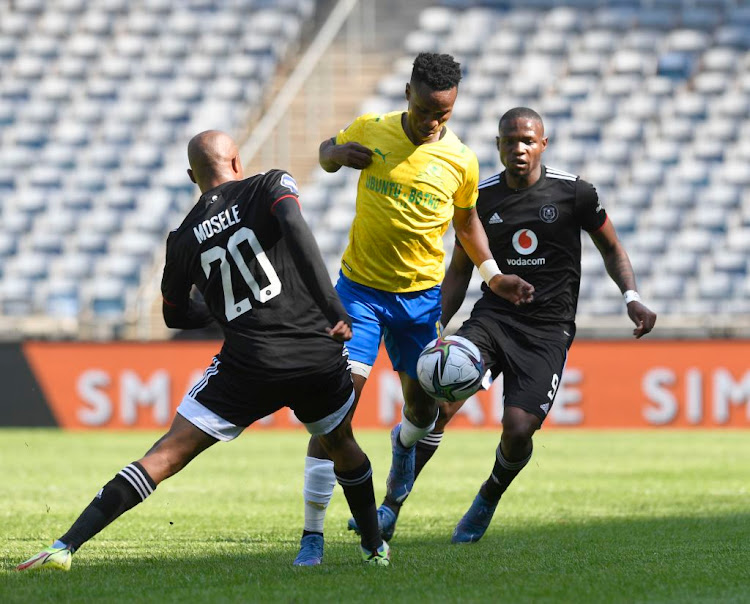 To do the same thing over and over again and expect different results is tantamount to insanity - these are the sentiments widely credited to acclaimed genius Albert Einstein.

I was reminded of this over the past few weeks when Bafana Bafana coach Hugo Broos announced his preliminary and final 23-man squad for the back-to-back 2022 Qatar Fifa World Cup Qualifiers against Ethiopia next month.

The Belgian appears to not want to be accused of insanity as he continued to pick a largely youthful squad, with TS Galaxy midfielder Ethan Brooks among the youngest at 20 years old.

When Broos picked the squad for the recent matches against Zimbabwe [goalless draw]  and the home win over Ghana [1-0 win at FNB Stadium], he divided opinion for leaving out players like Themba Zwane, Thulani Hlatshwayo, Thulani Serero, Kamohelo Mokotjo, Bongani Zungu and Lebo Mothiba.

Broos has stuck to his guns with the squad to take on Ethiopia on October 9 away from home and in the return leg at FNB Stadium three days later, where they will be looking to maintain their position at the top of Group G.

Looking back at the merry-go-round that Bafana have been on for the past decade or even longer, I fully agree with Broos that time has arrived to rebuild the national team with emphasis on giving international experience to young players.

I agree that vastly experienced Themba Zwane is on a good run of form at Mamelodi Sundowns but the bigger picture here is that “Mshishi” is not really part of the future because he is 32 years old.

I would say the same about Hlatshwayo and Serero, who are on the wrong side of 30, and to a less extent Mokotjo, Zungu and Mothiba, even if they were playing regularly for their clubs.

For the past few years, these players and others were part of the Bafana leadership group and the only thing they managed to do was reach the quarterfinal stage of the Africa Cup of Nations in Egypt in 2019.

They have failed to take us back to the Cup of Nations in Cameroon next year and Bafana missed out on the last World Cup in Russia in 2018 as they disappointedly failed to qualify.

Bafana are currently busy with the qualifiers for the 2022 World Cup and there is no guarantee we will qualify for Qatar if the tried and tested are recalled to the national team.

Broos’ view, which I completely agree with, is that even if we qualify for Qatar with the likes of Zwane, Hlatshwayo, Serero, Mokotjo, Zungu and Mothiba, we may find ourselves wanting for the 2026 World Cup in the US, Canada and Mexico.

Recalling these players will trap us in the usual cycle of desperation and wanting to do a quick fix that has been a problem for many years and it will backfire spectacularly if we don’t qualify for Qatar.

Hugo Broos has set a target of victories in Bafana Bafana’s next two matches against Ethiopia to stand a good chance of winning their 2022 World Cup ...
Sport
2 months ago

In my opinion, the sensible thing to do now is to be brave and use these World Cup qualifiers to give the younger players international experience.

If we persist with younger players like Ronwen Williams, Terrence Mashego, Brooks, Teboho Mokoena, Goodman Mosele, Evidence Makgopa, Bongokuhle Hlongwane and the others, they will be ready to make an impact at the 2026 World Cup.

Over the next few years, this current crop are going to gain valuable experience during the 2023 Cup of Nations and 2026 Fifa World Cup qualifiers where qualification is non-negotiable.

They must get to the semifinals or win the 2023 Cup of Nations in the Ivory Coast and at least get to the knockout stages at the World Cup in the US, Canada and Mexico, and this is possible because most of them would be at the peak of their careers.

There are a number of promising players who are on the fringes at their teams and are due for opportunities in the coming years to be in the reckoning for national team selection.

There are also players like Lyle Lakay, Thabdo Nodada, Rivaldo Coetzee, Luke Fleurs, Sphephelo Sithole, Sipho Mbule, Gift Links and others who will emerge from the junior national teams and clubs in the next few years.

The reality is that the current crop of players must play as many international football matches as possible in the build-up to the 2026 World Cup, which must be our main target.

The likes of Zwane, Hlatshwayo, Serero, Zungu, Mokotjo and Mothiba will be old in 2026, while the players identified by Broos will mostly be in their late twenties and hopefully in the prime of their careers to make an impact in the US, Canada and Mexico.

These players are regular first team players for their respective clubs in the league, Champions League, Europa League and they were trusted during the recent Euro Championship where England lost in the final.

I also agree with those who have pointed out Broos’ inconsistency in selection, as he continues to pick Sifiso Hlanti and ignoring on-form Lakay, which does not make much sense for me.

Barring minimal selection inconsistencies, Broos is correct that the old guard must step aside and it's time we showed faith in the younger players under the leadership of Ronwen Williams and Percy Tau.

Otherwise, the insanity of the past few years will continue unabated and we will continue to be the laughing stock of the continent and the world.

Teenage sensation Ethan Brooks’s second call-up to the Bafana Bafana squad to do duty in the Qatar Fifa World Cup qualifiers will inspire a lot of ...
Sport
2 months ago

PODCAST | Teboho Mokoena in the zone

A decision on whether there will be fans in the FNB Stadium when Bafana Bafana hosts Ethiopia in their crucial 2022 Qatar Fifa World Cup qualifier ...
Sport
2 months ago